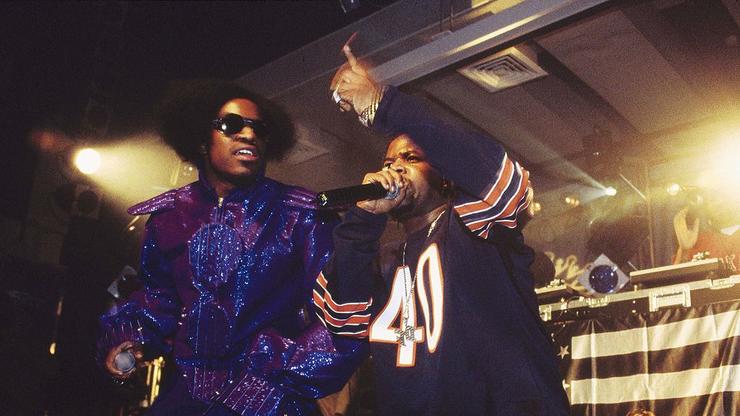 OutKast is gearing up to release a 25th-anniversary edition of their timeless classic “ATLiens.”

OutKast is among the rare hip-hop act with several classics lining their discography, and one of their most beloved happens to be their sophomoric 1996 album ATLiens. Arguably one of the greatest releases of the nineties, ATLiens houses such tracks as “Wheelz Of Steel,” “2 Dope Boyz,” “ATLiens,” “Elevators,” and many more.

Now, with the album’s milestone 25th anniversary set to approach on August 27th, OutKast has confirmed that an official re-issue is set to be released. Pitchfork confirms that the upcoming ATLiens 25th Anniversary Edition will come complete with instrumental variants of every track. In addition, several vinyl variants will be available, including a Neon Green & Blue Galaxy vinyl courtesy of Vinyl Me Please. The publication also confirms that the re-issue has been mixed with Hi-Res 24bit, which should make for an interesting experience for audiophiles.

Even if you aren’t exactly keen on such re-releases, it’s important to acknowledge the enduring legacy of ATLiens either way. A conceptually charged and brilliant offering from two talented emcees with something to prove, there’s a case to be made that the album is OutKast’s magnum opus. If it’s been a while since you last checked it out, do yourself a favor and spend some time revisiting OutKast’s intergalactic odyssey — who knows which new discoveries you might stumble upon.

Keep an eye out for the deluxe 25th Anniversary Edition of ATLiens to drop on August 27th.