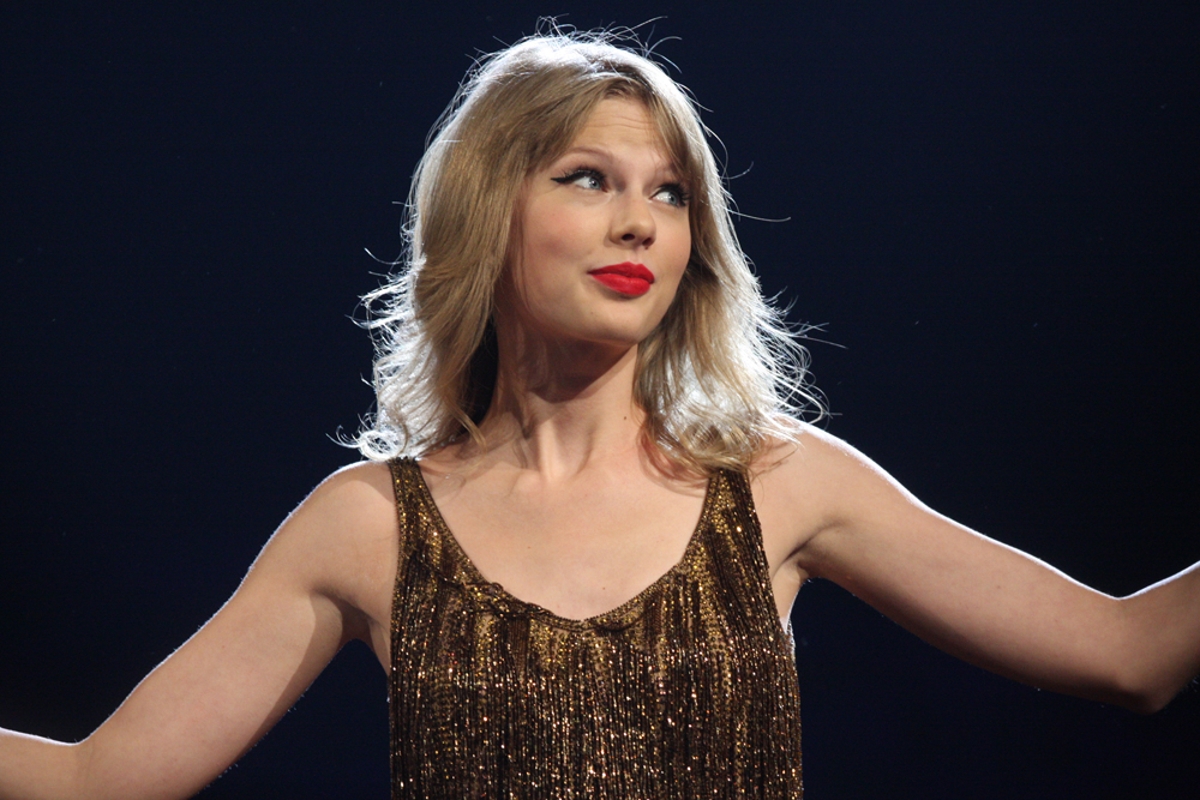 About 10 days after some fans accused Olivia Rodrigo of plagiarizing Elvis Costello on “Brutal” – prompting a response from the 66-year-old singer-songwriter – the Sour artist has quietly added Taylor Swift (as well as songwriter and producer Jack Antonoff and creator St. Vincent) as a songwriter on “Deja Vu.”

In a stark contrast to some other post-release writing-credit additions, Taylor Swift’s recognition on “Deja Vu,” which placed 11th on the Spotify Top 200 global chart yesterday, arrived without a lawsuit or even the public threat of litigation. As a noteworthy aside, Italian rock band Måneskin, which won the 2021 Eurovision Song Contest, placed first on the Spotify chart during the same period, beating Rodrigo’s record-setting “Good 4 U,” Ed Sheeran’s “Bad Habits,” and more.

18-year-old Olivia Rodrigo has been open about her support for Taylor Swift and about the “Love Story” artist’s influence on her own career, however, stating in one interview earlier this year of Fearless’ approaching re-release: “I’m so excited for it. I literally, like, I’m going to have like a listening party with one of my friends. Like, it’s gonna be incredible.

“I’m just like, I don’t know. I just think she’s such a great artist, and it’s actually such a blessing in disguise that she, you know, unfortunately, cannot get her masters back and has to re-record them. I think, you know, it’s like such a silver lining that, you know, we get all these other amazing songs,” finished Rodrigo, before outlining additional artists that she supports.

In a separate sit down, this time with MTV, the Temecula, California, native discussed “‘deja vu’ & Her Top Songwriting Tips,” per the clip’s title, stating at the outset that she recommends drawing “on inspiration from people that you look up to” – and specifically mentioning Swift.

“My first tip, which I think is the most important one,” said Rodrigo, “is listen to music like a songwriter. I have grown exponentially from doing this. I think it is the best way to grow as an artist, in any way, is to draw on inspiration from people that you look up to.

“I literally will like, listen to music that my idol made, watch all of their interviews, and then go back and be like, ‘Okay, I’m going to like try to write a song like as if they were writing this song.’ And it just like completely like broadens your horizons, and helps make your music just like, that much better.

“I’m obsessed with the way that Taylor paints pictures, and her imagery is fantastic and her storytelling is just, like, insane. So, I don’t think I’m as good of a storyteller as she is yet, but I always try to, like, put aspects of that sort of narrative, singer-songwritery-type lyricism in my songs,” she finished.

While neither Rodrigo nor Swift had commented publicly on the matter at the time of this piece’s writing, it bears mentioning in conclusion that fans have noted the perceived similarities between “Deja Vu” and Swift’s “Cruel Summer” – as well as between the former track and other songs yet. Finally, Swift and Antonoff also have co-writing credits on “1 Step Forward, 3 Steps Back,” Sour’s fourth song.

Regardless of whether the above-highlighted interview quotes contributed to Swift’s addition as a songwriter on “Deja Vu,” the episode – along with the legal headaches that a GQ interview caused Pharrell Williams – may well prompt artists to be more cautious in their public statements moving forward.