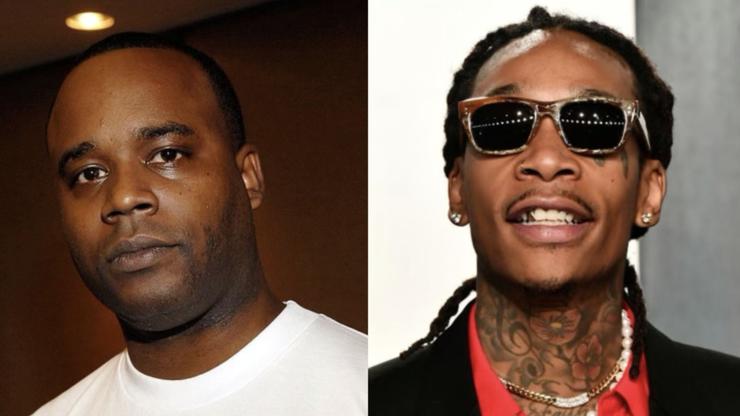 Not long after 55-year-old Kid Capri made it known that he wasn’t impressed by Wiz Khalifa’s berating of a duo of DJs at a Los Angeles nightclub, OG Ron C has followed suit, letting his followers know that he thinks it’s about time to “cancel [Wiz’s] ass.”

In case you missed it, following the arrival of his new Multiverse album last Friday, the father of one hit the town and was left extremely discontent by the lack of musical selections being played from his latest release. “Bitch ass n*gga, if you wanna fight, n*gga we can do it,” the 34-year-old can be heard saying in a viral clip from the incident.

“Y’all n*ggs suck, don’t hug me bitch. Y’all n*ggas suck. Play my new shit n*gga, play it n*gga, play ‘Bad Ass Bitches.’ Y’all are horrible DJs. I came here tonight to promote for y’all and have a good ass time and have a great time, but you know what I’m not gonna do?”

Kid Capri promptly informed the “See You Again” artist that he would’ve punched him had he been in those DJ’s shoes, and now, OG Ron C has shared an Instagram post to his feed reading, “Houston concert promoters, don’t bring Wiz Khalifa.”

“All DJs stop playing his music, that could have been you or me. Cancel his azz @djjackfrost.” In the caption, Ron added, “TOGETHER WE STAND #djsunited.”

As HipHopDx notes, though Khalifa has mostly been criticized, Bootleg Kev has spoken out in his defence, saying, “I was there with him, and the DJ and host [were] TERRIBLE. After f*cking up his performance (4-5x) he finally snapped. I’m not condoning him slapping the hat off or none of that, and I know he regrets that. But so much led up to that point.”

When a social media user pointed this out to OG Ron C, though, he seemed indifferent. “MUCH RESPECT TO THE GREAT @bootlegkev BUT ENUFF IS ENUFF,” his response read.

Tap back on with HNHH later for more hip-hop news updates.