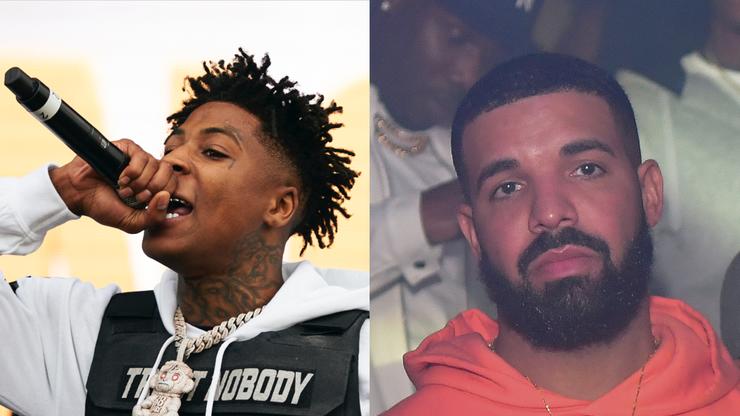 NBA YoungBoy’s older brother confirms that NBA YoungBoy and Drake have a collab in the works.

NBA YoungBoy and Drake‘s respective new albums, Sincerly, Kentrell and Certified Lover Boy, may currently be duking it out for the top spot on the Billboard 200, but that doesn’t mean that there is any bad blood between the two sensational artists. In fact, there may even be a Drake and YoungBoy collaboration on the way.

In a recent interview that was reposted by DJ Akademiks, NBA YoungBoy’s older brother OG 3Three was asked if YoungBoy and Drake had anything in the works, and surprisingly, he revealed that there is already a collaboration in the works between the two rappers.

“Drake was really talkin’ bout Top,” OG 3Three explained during the interview. “That’s the whole collab they working on right now as we speak. So yes, that is in the works.”

Although it makes sense for Drake and NBA YoungBoy to link up on wax given their collective influence within the music industry, this news from OG 3Three is surprising because it comes shortly after 21 Savage explained why most artists are unwilling to work with YoungBoy, especially considering Drake’s relationship with Lil Durk. Regardless, if an official collaboration between Drake and NBA Youngboy does ever see the light of day, it will almost certainly break streaming records.

Do you think a Drake x NBA YoungBoy collab would be heat or just a ploy to do huge streaming numbers?