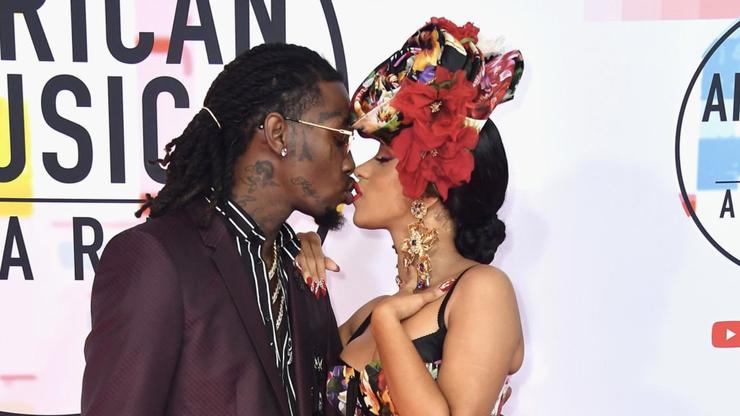 The Rap couple was joined by their two children and all of Offset’s other kids for a magazine cover feature.

After keeping photos of their baby boy under lock and key, Cardi B and Offset have finally allowed for the big debut. Back in September, the famed Rap couple welcomed their second child together, and since that time, their fans have been pestering them about showing off their baby boy. Cardi has understandably been hesitant about revealing her son to the world, especially after she had to implement new rules for her daughter Kulture’s Instagram account due to cruel trolling in the comments.

Not long ago, Cardi did share a close-up photo of her son’s eyelashes and that caused an uproar among those who have criticized the “Up” hitmaker. Today (April 14), both Cardi and Offset have returned with their big reveal and show that their son is a spitting image of his big sister.

On Offset‘s Instagram page, the Migos rapper uploaded a photo of his little one with the caption, “WAVE SET CEPHUS.” Cardi has a strong gene pool because the baby is clearly her mini-me. Cardi’s Instagram gave much more as it showed that the couple decided to unveil their son at this time because they posed as one big happy family for an ESSENCE feature.

“We are ‘Rapped in Love’ with our new May/June Cover stars Cardi B and Offset. As they reveal their first full family official images featuring their new son, Wave!” ESSENCE wrote. “Our 52nd Anniversary issue highlights the profound endurance of love, featuring global icons, @iamcardib and @offsetyrn’s, beautiful family! This is truly A moment in time. #ESSENCE.”

Check it all out below.