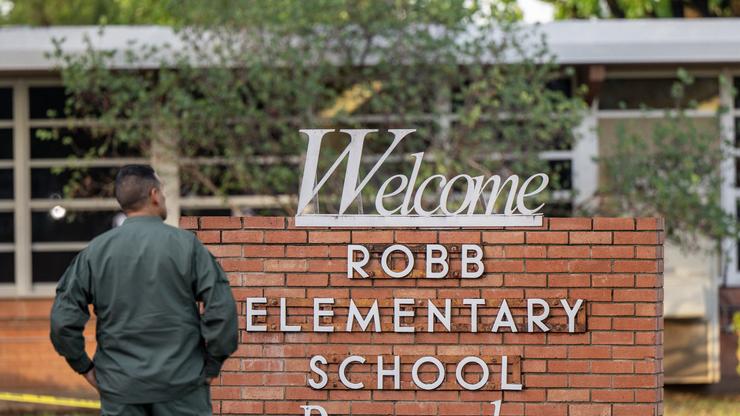 21 Savage, Chuck D, and more across hip hop spoke out on social media after the horrific school shooting in Texas on Tuesday.

Several of the biggest names in hip hop spoke out on social media in response to the tragic mass shooting at Robb Elementary in Uvalde, Texas. The shooter, who was killed on the scene by responding officers, murdered at least 19 students and two adults.

“We living in some TRYING TIMES… It’s Heavy… I am praying for everyone that is struggling MENTALLY/FINANCIALLY/PHYSICALLY that some PEACE be RESTORED!” Missy Elliott wrote on Twitter. “So many in the world is dealing with pain & I don’t have the answers but I send you LOVE virtually.”

Police have yet to identify a motive for the shooter, Salvador Ramos, but the gunman bought two rifles on his 18th birthday. President Joe Biden addressed the country later in the day calling for “commonsense” gun laws.

Chuck D wrote: “I’m just getting to todays news after a day of shutting off everything and this is fkn crazy. Here’s a land looked upon from the rest of the modern world as a gun laden asylum right now. A war in itself.”

The shooting comes less than a month after the recent murder spree in Buffalo, New York, where 10 people were gunned down at a supermarket in a racially charged attack.

Check out more reactions below.