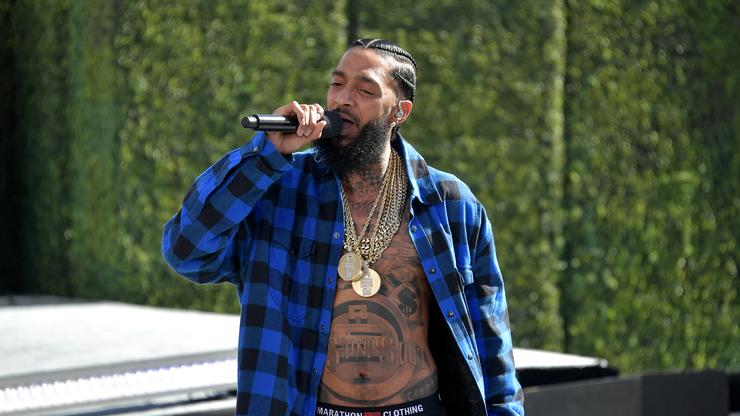 Eric Holder, who was convicted of first-degree murder in July, is currently awaiting his fate.

The sting of Nipsey Hussle‘s death still lingers throughout the hip hop community. Fans, family and friends alike are seeking justice for the slain rapper’s senseless death. Eric Holder, the man convicted of killing Nipsey in 2019, was expected to be sentenced earlier this month. But on Monday (September 19), his sentencing date was postponed to November 3.

Back in July, Holder was convicted of first-degree murder, as well as voluntary manslaughter for injuring two bystanders after gunning down the West Coast rapper. He was also charged with one count of possession of a firearm by a felon. If convicted, the 32-year old could face life in prison. During the conviction hearing,  Deputy District Attorney John McKinney called Holder, “cold-blooded” and “calculated,” adding that he had “quite a bit of time for premeditation and deliberation” before returning to the parking lot on Slauson Avenue and Crenshaw Boulevard to shoot the rapper at least ten times.

However, the convicted killer plead not guilty to one count of murder, two counts of attempted murder, two counts of assault with a deadly weapon and one count of felony possession of a firearm in connection to the shooting. As for Nipsey, his music and legacy is still impacting fans today. Earlier this week, Diddy revealed that he executive produced the late West Coast rapper’s most critically acclaimed album Victory Lap.

“People do not know this, somebody tried to jerk me but I fixed it,” the Bad Boy Exec shared on Los Angeles Real 92.3. “I’m actually one of the executive producers of Nipsey Hussle’s last album. A lot of people don’t know this, we got them to change it in Wikipedia. Somebody at the label tried to leave my name out but he came to me and said, ‘I want you to be a part of helping me finish up this album.’”