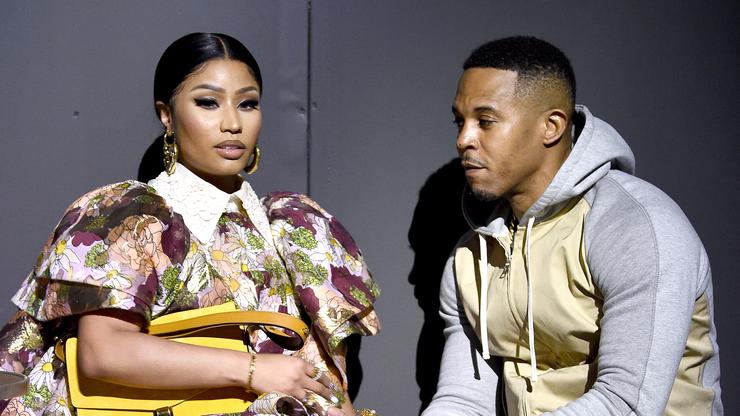 Jennifer Hough alleges that Nicki Minaj and Kenneth Petty have been harassing her and offering her bribes to recant her story.

A day after rumors started circulating that Nicki Minaj may be trying to distance herself from Kenneth Petty, some troubling news has surfaced regarding the famous couple. Apparently, the Queen rapper’s marriage continues to be affected by the repercussions of her husband’s controversial legal history. In 1995, Kenneth Petty was convicted of trying to rape Jennifer Hough, and after serving time in prison, Petty registered as a sex offender in New York.

Now, Hough is suing both Nicki Minaj and Kenneth Petty for years of alleged harassment. According to TMZ, Hough attests that the Queen rapper and her husband have been directly and indirectly pressuring, bribing, and threatening her to not speak about the incident or recant her story altogether since 2018.

Last spring, however, the alleged tension between the Pettys and Hough reportedly got even worse after Kenneth was arrested for failing to register as a sex offender upon moving to California. According to TMZ, Hough has stated in court documents that Nicki allegedly called her and personally offered to fly her and her family to Los Angeles in exchange for recanting her 1994 rape claims against Petty. After declining the offer, Hough claims that she has been offered a $500,000 payment from one of the Petty’s associates, bombarded with unsolicited visits from their lawyers, and threatened time and time again.

According to TMZ, Hough even had to move away from her home in August 2020, and since she still lives in fear, she has decided to take legal action against Nicki Minaj and Kenneth Petty.