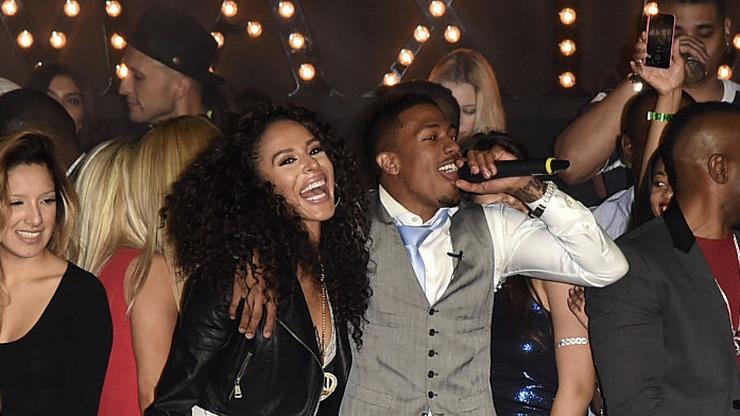 The model is expecting her third child with Cannon, and his 10th total.

The world may constantly criticize Nick Cannon for his ever-expanding family, but the soon-to-be father of 10 continues to show his followers that he makes time for all of his baby mothers, even with his own hectic personal schedule.

Just a few days ago, Abby De La Rosa (who is currently pregnant once again, rumoured to be with another Cannon child) thanked the recording artist for purchasing a new home for her and the twins they already share, Zion and Zillion. Now, it seems that the 41-year-old has jetted off to the tropics with another expecting woman in his life, Brittany Bell.

Early on Tuesday (September 6), the San Diego-born entertainer shared some photos to his Instagram feed, highlighting the duo’s trip to Guam which they took with their two children – 5-year-old Golden, and 1-year-old Powerful Queen.

“Thank you to the @thetsubakitower for taking care of my family and I while in Guam! Such a wonderful experience! Hafa Adai!” he wrote in the caption.

In the first photo, we see the couple posing together outside the beautiful resort, Cannon’s arms wrapped around Bell’s baby bump. Other photos see them snuggled up in front of a beautiful ocean view, out for dinner at a restaurant, and at the end, we see some heartwarming pictures of the kids making funny faces with their dad.

Bell also provided a photo from paradise on her feed last week, writing “More photos coming soon,” in the caption. She continued gushing about the experience, “The sun hits different in Guam when the spirit of your mother’s ancestors surround you. (p.S. No filter needed… and it’s safe to say my photographer is a professional.”

Down in the comment section, Cannon dropped by with a flirtatious, emoji-filled comment. “Dang I can’t get photo credit?!” he joked.

While he’s got two more babies on the way to look forward to, The Nick Cannon Show host also welcomed a child with model Bre Tiesi earlier this summer – read more about that here, and tap back in with HNHH later for more pop culture news updates.