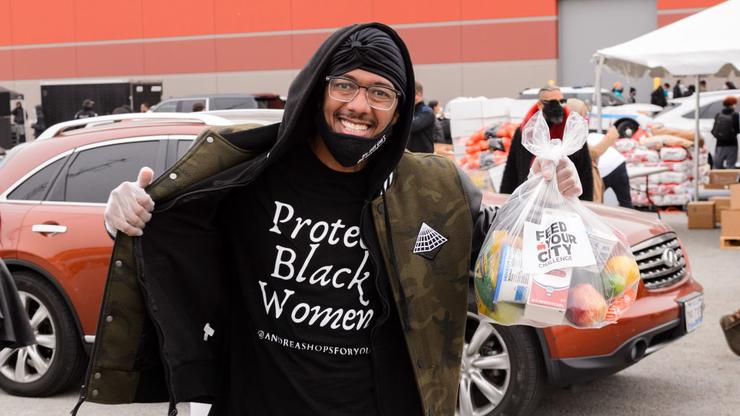 Nick Cannon came through with the perfect response after Andy Cohen asked him his favorite baby mama.

Nick Cannon has been doing a lot of baby-making in the last few years and he apparently doesn’t plan on stopping any time soon. As his family continues to grow seemingly every other month, the comedian has officially answered which of his baby mamas is his favorite, providing as diplomatic a response as he could.

The father-of-seven spoke to Andy Cohen on Wednesday’s episode of his eponymous talk show, participating in a game of “Plead The Fifth” with the reality show host. Cohen asked him a very difficult question, but Cannon came through with an appropriate response.

“Nick Cannon… who is your favorite baby mama?” asked Cohen.

While some might have expected him to answer Mariah Carey, he didn’t go that route.

“I ain’t scared of you, Andy! My favorite baby mama is… the next one,” said Cannon. “Because some of my past ones could still be my next one!”

The talk show host has seven children with four women. He shares twins Monroe and Moroccan with Mariah Carey. Brittany Bell is the mother of his kids Golden and Powerful Queen. Abby de la Rosa mothered his latest set of twins. And Alyssa Scott gave birth to another one of Cannon’s babies in June 2021.

Were you expecting a different response from the comedian? Let us know in the comments. Check out his response at the 9:30 mark.