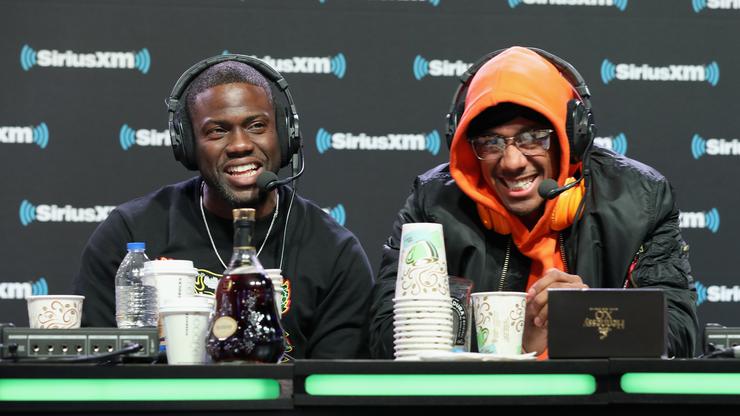 Nick Cannon fired the first shot, but Kevin Hart started the war. The Masked Singer host Nick Cannon initially began what would become a long line of pranks between the two comedians back in July, after sending Kevin Hart a llama as a birthday present.

The Fatherhood actor got his payback by posting a billboard with Cannon’s number on it to social media, “Since my brother @nickcannon decided to buy me a lama for my B Day I decided to do something nice for him as well….Here is a digital billboard in Los Angeles.” The rest was history.

Cannon, who bides his time as an actor, producer, comedian and radio host, among other titles, has an expansive resume (clearly) but he’s now adding the title of ‘daytime talk show host’ to the list. The first teaser for his show, Nick Cannon, which premieres September 27, gives fans a preview of yet another prank that the actor pulls on Hart. In the clip, viewers only get to see Hart’s reaction, with the prank itself out of camera view.

“He got me … didn’t he? Did he get me? Y’all with Nick? This is great,” Hart says, climbing out of his car in disbelief, while also throwing a few f-bombs. “Real funny. Real funny, Nick! Look at what he did! Oh, Nick Cannon strikes again!”

Watch the clip below and stay tuned to find out what really happened when the full episode drops next week.