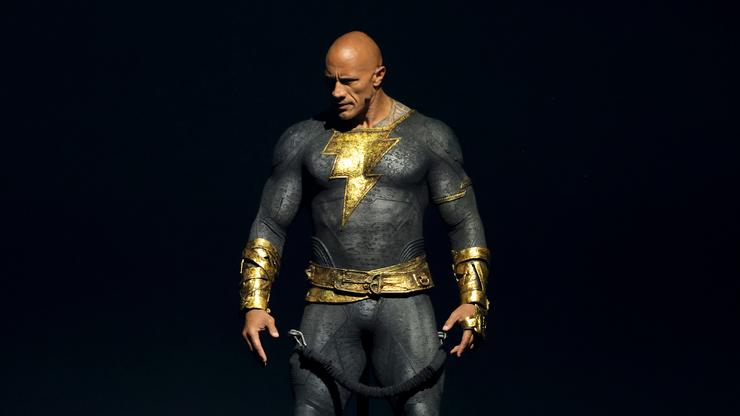 Fans are getting another look at the Rock’s new movie before its release.

Dwayne Johnson and DC have been hyping up their forthcoming Black Adam film for years now. The Rock has taken to Instagram repeatedly to discuss the new movie, even showing off his exercise regimen to get Black Adam-levels of shredded.

Back in June, DC released the first trailer for the new film, and fans were all over the initial look at the film’s footage. Now, the comic company has unveiled another trailer, letting fans in on even more of the upcoming movie. Johnson once again has been all over the hype train, posting a new poster onto his Instagram page. “A new era in the DC Universe has begun,” he captioned the image.

The trailer features Kanye West and Jay-Z’s Watch the Throne song “Murder to Excellence,” just as the previous trailer did. This cut, however, shows some more clips of Doctor Fate and Hawkman, played by Pierce Brosnan and Aldis Hodge, respectively.

The new superhero offering from DC is directed by Jaume Collet-Serra, the Spanish filmmaker who is known for his horror sensibilities, having previously directed Orphan and The Shallows. The film will star Johnson, Hodge, Brosnan, Noah Centineo, and Sarah Shahi. Viola Davis is slated to show up as Amanda Walker.

It seems the Rock is all-in on becoming part of the DC Extended Universe. In an interview with Den of Geek, Johnson said that he was looking to expand the Black Adam character in many more projects to come. “The whole idea of building out the DC Universe, you have to think that way,” Johnson said. “I just didn’t want to make a one off. We wanted to create a Black Adam movie that became not only the bedrock but it also became the platform to launch other characters off of.”

Watch the trailer below.