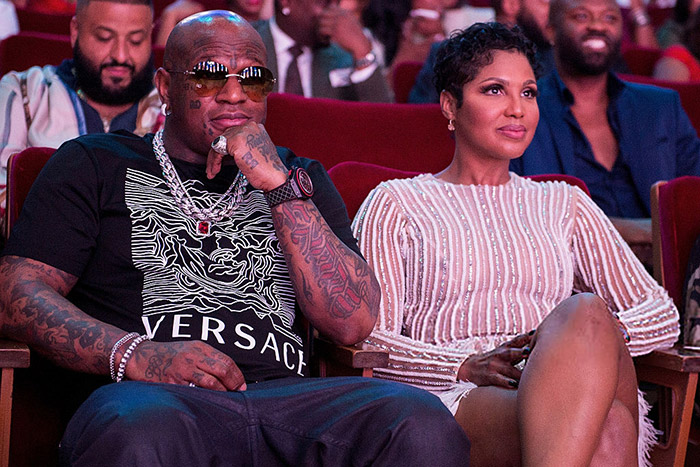 Toni Braxton and Birdman are fueling romance rumors with their new collaboration “Heart Away.” Produced by by London On Da Track, the remix Derez Deshon’s “Hardaway” hints towards their presumed relationship.

“He took my heart away,” sings Braxton over trap drums and and piano keys. “Bad man with good manner / Played me like I was a habit / Middle finger, he could have it / I used to dream livin’ lavish / Now a girl’s a livin’ legend.”

After she sings about being “in L.A. with Stunna,” the Cash Money boss fers a verse his own. “Overseas and we high, steering wheel on the right side,” he raps. “Good girl with a bad guy, I took her heart, I won’t lie.”

Back in 2016, Stunna addressed their relationship on “Big Boy’s Neighborhood.” “Toni cool as fuck, man,” he said at the time. “Super cool. That’s the homegirl. I’ve been knowing her for a long time. We went to the BET Awards. What’s the big deal? We did music together. We got one coming out together.”

Birdman and Braxton, who previously collaborated on “Baby You Can Do It” and “Give It Back,” have been fielding relationship rumors for nearly two years now. They’ve never confirmed the talks, but even Tamar Braxton believes that they’re married. “I think that’s my brother-in-law,” she told Wendy Williams last year. “I do. I think they eloped. I’m telling you, they is married.”