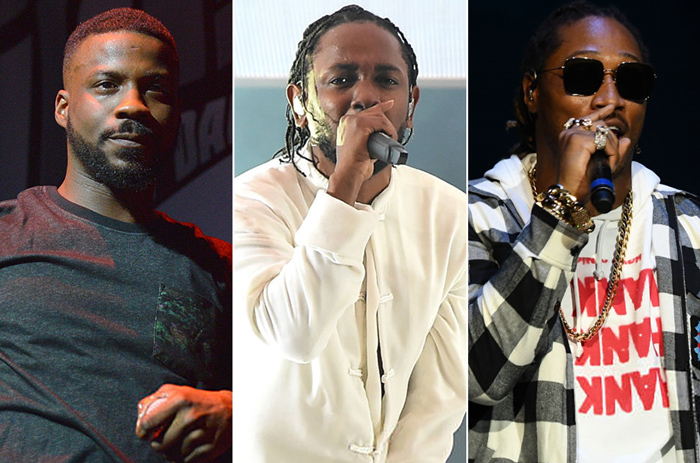 Fresh f “All the Stars” with SZA, Kendrick Lamar teams up with Future and Jay Rock on “King’s Dead,” the latest song f Black Panther: The Album.

The high-powered Mike WiLL Made-It and Teddy Walton-produced collaboration features a thumping instrumental that allows K-Dot, Rock, and Hndrxx to deliver show-stopping performances. “Miss me with that bullshit,” raps K-Dot. “You ain’t really wild, you a tourist / I be blacking out with the purest.”

Fellow TDE star Jay Rock takes the baton and shows why he’s a “boss like Top Dawg” with a quick-paced fiery delivery: “I got pull, I hope y’all ready / My tank on full, you know, unleaded / I gotta go get it.”

With a raspy voice, Pluto supplies a sing-songy flow with a Three 6 Mafia and Slick Rick influence. “La-di-dadi-da,” he raps. “Slob on me knob / Pass me some syrup, fuck me in the car.”

“King’s Dead” is the second single f Black Panther: The Album, the soundtrack for Black Panther that is being curated and produced by Kendrick, Anthony “Top Dawg” Tiffith, and TDE. The soundtrack is out Feb. 9, while the film hits theaters Feb. 16.

The song also acts as the lead single f Jay Rock’s forthcoming follow-up to 2015’s 90059, which is set to arrive this year.

Listen to “King’s Dead” below.