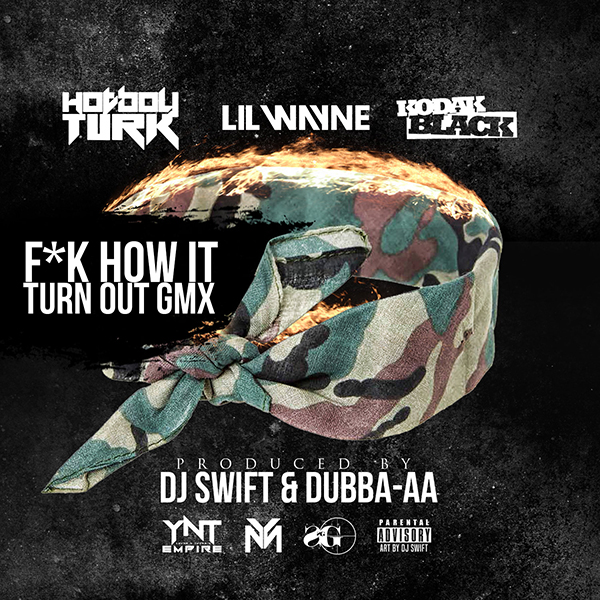 After tag-teaming on “Codeine Dreaming,” Lil Wayne and Kodak Black join forces again. This time, they do it on the remix to Hot Boy Turk’s single, “Fuck How It Turn Out.”

Produced by DJ Swift and Dubba-AA, the booming instrumental allows Turk to establish his street mentality over thumping drums. “I’m really about this gangsta shit, y’all ni**as not,” he boasts. “Y’all some fuckin’ house ni**as, I was on the block / Got my bread right, ni**a, now I’m on a yacht.”

Weezy uses the track to rap about sobriety. “It’s hard to look sober / But they lookin’ over shoulders, they lookin’ and they notice / Whatever’s in this soda’s got me lookin’ like a tortoise.”

Meanwhile, Project Baby aims at his haters with a casual verse. “I aint even gotta rhyme, this one deeper than rap,” he says. “Said we beefin’, I ain’t tweetin’, I’m too G for that.”

Hot Boy Turk, an original member Cash Money’s Hot Boys, is set to release a new EP this year followed by an autobiography and documentary about his life titled 52 Bullets.