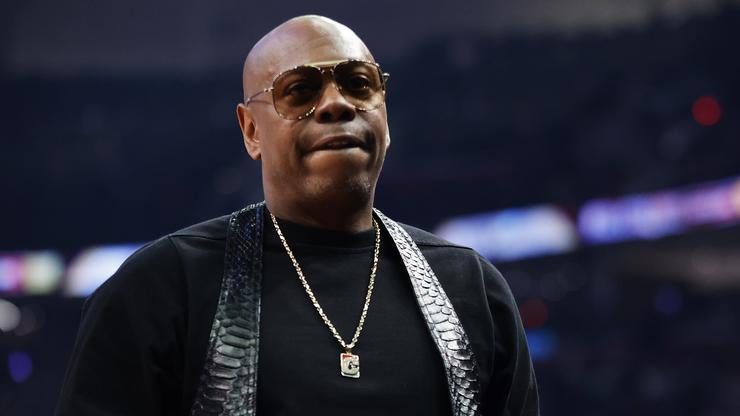 Following the attack at his Hollywood Bowl performance, Dave Chappelle showed his gratitude to his friends that stepped in to protect him.

After an attack on Dave Chapelle that left the attacker badly injured, TMZ caught some audio from Chapelle following the incident.

Dave told a crow outside the Pendry Hotel in WeHo, “I felt good my friends broke his arm. I felt good, how bad does a n***** have to be that Jon Stewart would stomp him!” Chappelle of course maintained his typically humorous attitude about the situation. Dave also showed his appreciation to his friends that were able to quickly fight off his attacker. “…those are very powerful friends and I’m sharing [this night] with people I love very much,” he said.

Although he was still shaken up by the attack, Chapelle attended his afterparty that was co-hosted by Busta Rhymes. Busta also helped take down the attacker during the incident.

The 23-year-old attacker Isaiah Lee rushed the Hollywood Bowl stage during Dave Chappelle’s performance at the Netflix Is A Joke festival. Lee was said to be carrying a replica gun with a knife blade attached. While Lee has yet to speak on his intentions, of course, Twitter has been digging up everything they can about the attacker.

Twitter users were able to dig up an old song from Lee called “Dave Chappell.” where he is targeting the comedian. He was also allegedly rapping under the moniker “NoName_Trapper.”

No other information surrounding the attack has been released at this time. As of now, Lee is still hospitalized with severe injuries.