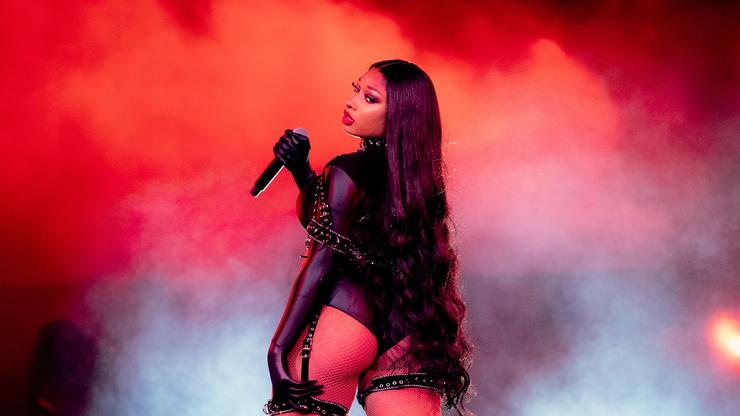 Megan Thee Stallion and Netflix are working together on a new comedy series.

Megan Thee Stallion is teaming up with Netflix for a new comedy series that is loosely based on the rapper’s life. Megan had signed a first-look deal with the streaming giant, back in December, to create and executive produce her own shows.

Netflix’s head of comedy, Tracey Pakosta, announced the series in an interview with Deadline, earlier this week.

“It’s very early stages. She came in and she pitched something loosely based on her life growing up, and we got very excited about it,” Pakosta said. “We think she’s special.”

Pakosta didn’t provide any further details on the show.

When Megan first inked the deal with Netflix, Pakosta remarked: “Megan is a multi-talented creative force who has consistently made her mark on culture. She’s always growing and evolving as an artist, and we’re thrilled that she’s making a home at Netflix for this next chapter in her journey.”

“I’ve always had a passion for telling creative and entertaining stories, so I’m thrilled about this partnership with Netflix,” Meg added at the time. “Venturing into production is the next step in my journey as an entrepreneur and I can’t wait to bring all my ideas to life and for my Hotties to watch.”

Pakosta’s new interview came ahead of the streaming service’s Netflix Is A Joke: The Festival at the Hollywood Bowl.