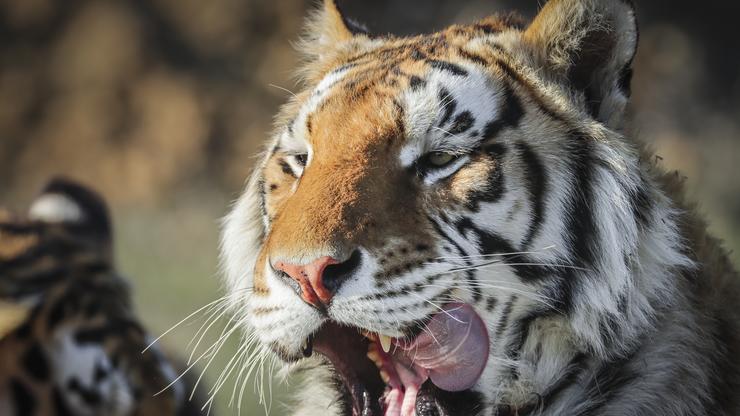 Netflix announced the second season of the 2020 hit and promised “just as much mayhem and madness.”

No Netflix docu-series has benefitted from good timing like 2020’s Tiger King.

Released on March 20, 2020, Tiger King dropped right as the entire world went into lockdown after it became clear that COVID-19 was not an insignificant news story but rather, a global pandemic. It felt like everyone was inside and due to the bizarre, shocking and sometimes-appalling nature of Tiger King, it felt like nobody could look away.

From the show’s absolute rollercoaster of a plot-line including feuds with Carole Baskin, zookeepers run-ins with the some of the world’s deadliest animals and even death, to the ensuing fallout including Tiger King frontman and subject Joe Exotic going to prison for ordering a hit on Baskin, his begs and pleas for a presidential pardon from former-president Donald Trump, Kim Kardashian dressing her family like the Tiger King cast on Halloween and Baskin ultimately being awarded Exotic’s zoo, the show was a car crash the collective world couldn’t look away from.

This morning, Netflix confirmed that Tiger King is “coming back this year,” Tweeting the show would be back for a second season in 2021.

Assuring the show’s second season will feature “just as much mayhem and madness,” Tiger King 2 will feature cameos from Baskin and Exotic, who appears talking on a prison phone (skip to 0:52) in the show’s teaser posted on Netflix’s YouTube channel.

Although there is a level of excitement for the return of Tiger King many have linked the show with the beginning of the pandemic and do not want to go back to that time and space. Tweets like “Lockdown imminent,” and “feels like the beginning of quarantine,” rang out and some users simply told Netflix to keep the second season to themselves.

Netflix didn’t provide a release date for the second season of Tiger King but announced the release a handful of other true-crimey documentaries that are set to debut alongside it. Check out the teaser for all of the documentaries, including Tiger King 2, below and let us know if you’re going to be checking for Joe Exotic and Carole Baskin whenever this second season hits Netflix.