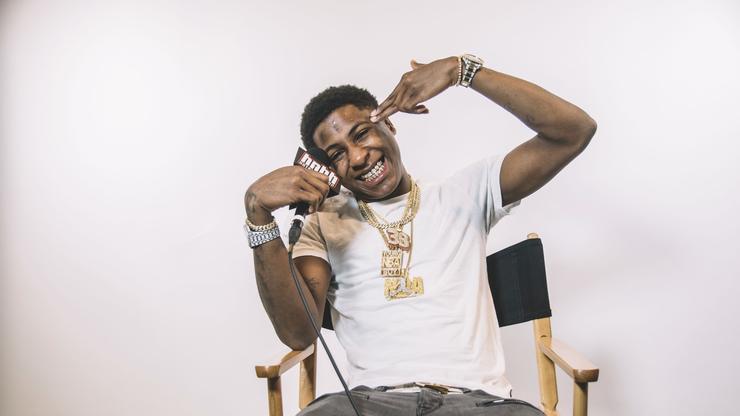 DJ Ak claims that YB FaceTimed him this afternoon and asked him to help spread the word.

NBA YoungBoy surprised fans with a new single, “Purge Me,” as well as an apparent announcement that he’s about to be a father of nine over the weekend, and according to DJ Akademiks, that’s not the only thing his fans have to look forward to.

On Monday (September 5), the podcast host shared a tweet informing his followers that the reason the 22-year-old deactivated his Instagram page is that he plans to deliver a follow-up to his 2018 Realer mixtape this evening.

“Breaking: NBA YoungBoy deactivates his Instagram page,” Ak wrote this afternoon. “I talked to him and asked why… He said Realer 2 is dropping tonight!!!”

While the announcement definitely sparked some excitement, many were skeptical about Akademiks’ claims. Doubling down on the news, he posted another tweet minutes later saying, “YB different, ain’t gon lie lol. Woke up on Labour Day, just FaceTimed me and said, ‘Yo I ain’t on Instagram. Let them [people] know I’m dropping Realer 2 tonight.”

“That’s GOAT shit,” the Off the Record continued praising the Louisiana native. “And he a free agent… He can do [whatever] he really wanna do, lol.”

If he does come through with the surprise release tonight, Realer 2 will land just a month after the Baton Rouge-born rapper dropped off his fourth studio album, The Last Slimeto.

The Colors artist’s manager, Alex Junnier, has also just announced that YB will be headed out on tour with Quando Rondo in the near future, dropping by cities like Dallas, Houston, Philadelphia, Chicago, and Atlanta along the way.

Are you excited about new music from NBA YoungBoy? Sound off in the comments below, and tap back in with HNHH later for more hip-hop news updates.