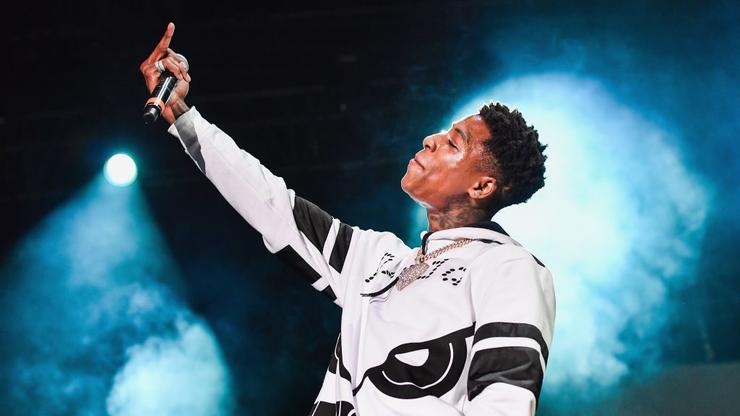 Youngboy Never Broke Again pens an alleged letter from jail, addressing Wendy Williams and her constant criticism of him.

Wendy Williams seems to always have something to say about rapper Youngboy Never Broke Again. As part of the Hot Topics portion of her popular daytime talk show, the highly opinionated host has criticized the 21-year-old “Make No Sense” artist for a myriad of reasons, including the number of children he’s responsible for. After recent reports this weekend, it’s rumored that NBA Youngboy is presently expecting his eighth child, this time with his girlfriend Jazlyn Mychelle.

On past episodes of her show, Wendy Williams has made “baby mama charts” for rappers, including Youngboy Never Broke Again, making fun of the artist and his personal life. She has taken aim at Yaya Mayweather, one of his ex-girlfriends, after she allegedly stabbed another one of YB’s baby mamas. She’s also exchanged words with Youngboy’s mother, who used her social media platform to call out Wendy for constantly having something negative to say about her son. It looks like enough is finally enough and Youngboy is speaking out for himself, addressing Wendy in an alleged letter from jail.

Currently incarcerated following an arrest a few weeks ago, NBA Youngboy allegedly wrote the following letter, which has been shared by multiple sources. “I can leave my kids millions of dollars to divide but can’t give them the time they truly deserve,” he wrote in the post. “Nobody understand me they never did sh*t some times I don’t understand myself but that’s fine because I’m okay I ain’t looking for you to feel sorry I just ask for one thing- For you to let me suffer in peace tell MS. WENDY WILLIAM I say she got a good soul and she’s a beautiful women I can see that threw all the bad comments thrown at her tell her count her blessings (STAY IN GOOD SPIRIT) Sincerely Kentrell.”

It’s sad that this is how Youngboy allegedly feels about his life. Read the letter below and let us know what you think.