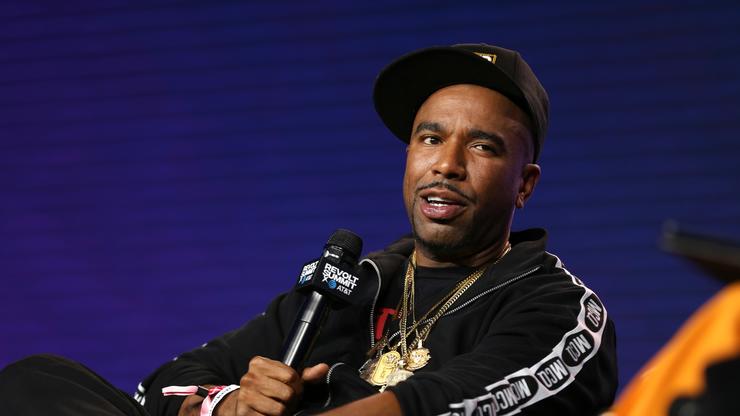 N.O.R.E. says that he’s spoken his peace to Shyheim and invited him on “Drink Champs.”

Noreaga says that he’s spoken with Shyheim one on one and the two rappers hashed things out after Noreaga’s recent comments on Wu-Tang Clan affiliates. After speaking for 10 minutes, N.O.R.E. says he invited Shyheim on his Drink Champs podcast.

“Just spoke to @Shyheim_Rugged for 10 minutes DIRECT – NO middle men – Just Slime & Shy 1 on 1,” Noreaga wrote on Twitter, Saturday afternoon. “ALL POSITIVE ENERGY! Grown men sh** only! We spoke our peace; & he got his OFFICIAL invite to @DrinkChamps! Hopefully he accepts!”

The beef between the rappers began when Noreaga called Wu-Tang Clan affiliates “flunkies.” He later apologized and admitted that “we might joke a little too much.”

Earlier in the day, N.O.R.E. vented on the social media platform about minding his own business and not being a “sucker.”

“If u wake up thinking bout another man n what he doing in stead of getting money n minding ya Buisness u sick!!!” he wrote.

In another tweet, he added: “I’ve been known for plenty of things in this industry but being. Sucker has never and will never be 1 of them u know better as well.”

Check out Noreaga’s series of tweets below.