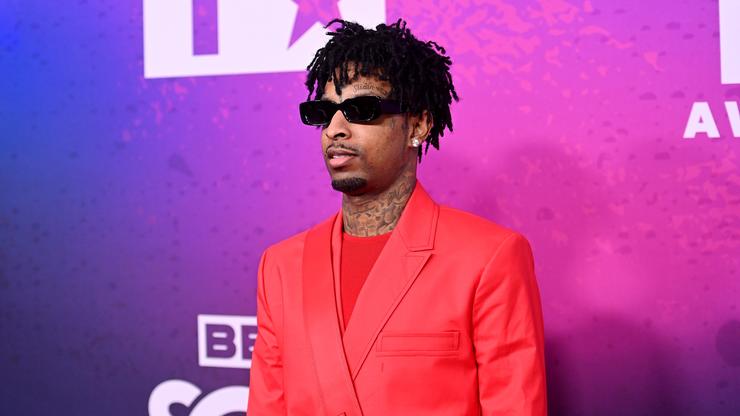 21 Savage fans want the rapper to be crowned King of England.

Queen Elizabeth II died on Thursday (September 8), and the whole world has spent the past couple days digesting the news. The news of the monarch’s death was so powerful that it even prompted Kanye to pause his Instagram tirade.

Social media has predictably been abuzz with a whole variety of takes since the Queen’s passing, and one opinion in particular has gained a lot of traction. Many 21 Savage fans are calling for the “Glock in My Lap” rapper to be crowned king. Internet personality Kofie wrote, “Idk how it works but I nominate 21 Savage as the new King of England,” and the idea has since gone viral.

21 fans are all over the thought of a King Savage, editing images of the Atlanta rapper in royal garb. “I nominate Sir Savage the 21st as the new monarch of England in the wake of the Queen’s passing,” wrote @ralfafterdark. “21 SAVAGE FOR KING,” wrote retired Canadian politician Norm Kelly. The meme of 21 looking like a supervillain resurfaced as well, with one account writing, “21 savage appearing on the BBC declaring himself the new King of the UK as an act of revenge for getting deported from the US.”

The jokes are in reference to 21 Savage‘s British nationality, as the rapper was born in London. His old country roots came to light back in 2019, when he was arrested by Immigration and Customs Enforcement for overstaying his visa. He had lived in the US with his mom since 2005.

21 Savage explained why he kept his British nationality a secret on Good Morning America. “I knew I wasn’t born here, but I didn’t know what that meant as far as when I transitioned into an adult, how it was going to affect my life,” he said in the interview. “I didn’t want to get deported so I’m not going to just come out and say, ‘Hey, by the way, I wasn’t born here.'”