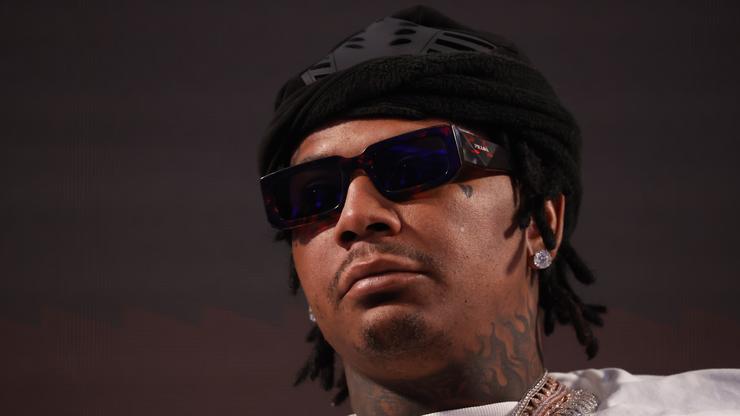 Moneybagg Yo’s been staying busy. He was recently listed among the likes of Lil Durk and Hotboii as a performer at the Kodak Black Day Festival. He also is a feature on Trippie Redd’s soon-to-be-released “Big 14” alongside Offset. The rapper’s hands are so full that he said in a song that he can’t have another child with Ari Fletcher right now.

Now Moneybagg has taken to Instagram to tease new music and what looks like a new video to go with it. The 30-year-old Memphis rapper captioned the teaser with, “5/27/22 FRIDAY GO!!”

The video with the new banger is amusingly literal. For example, when Moneybagg has a line about dumping a girlfriend, he is shown closing the lid on a trash bin. Much of the rest of the video matches the boastful vibe of the song- footage of Moneybagg’s excesses abounds. He’s on private jets, he’s counting big stacks, he’s showing off his jewelry.

Moneybagg Yo’s last single was “Rocky Road,” which featured Kodak Black and came with a music video as well. The rapper’s last full length project was A Gangsta’s Pain: Reloaded, which was released last year. The album featured a plethora of guests, including Lil Durk, Yung Bleu, DJ Khaled, Lil Wayne, Future, and Polo G. The rapper hasn’t just been busy with music. He recently posted a picture of his girlfriend Ari Fletcher with a quite explicit caption, and visited the White House with Yo Gotti back in April.

Check out Moneybagg’s teaser for his new single below, and let us know what you think in the comments.