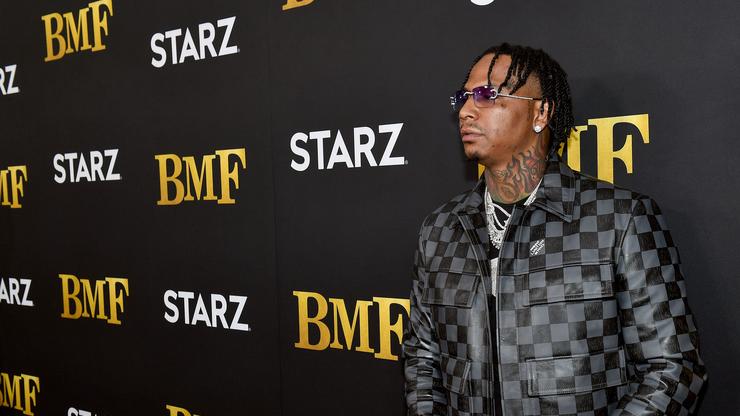 The Memphis rapper said he wants to use his birthday gift to give back to his community.

Back in September, it was revealed that Ari Fletcher had gifted her boyfriend, rapper MoneyBagg Yo, 28 acres of land in his native Memphis, Tennessee.

And despite rude comments from the hosts of daytime talk show The Real, who insinuated Fletcher made a mistake by purchasing the land before she was engaged or married, it looks like MoneyBagg is prepared to move forward with plans involving the 28 acre swatch.

Tweeting, “First thing I’m putting on my land is a community center for my hood,” the “Switches & Dracs” rapper made his intentions for his new land clear. He wants to give back to his community, and a brand-new community center is one of the best ways to do it.

MoneyBagg Yo has had one of the biggest 2021s in all of hip-hop. Between the releases of A Gangsta’s Pain and A Gangsta’s Pain: Reloaded, the 30-year-old rapper has released a ton of great music, and has played a pivotal role in putting Memphis hip-hop back on the map.

Along with the likes of Yo Gotti, Young Dolph, Key Glock, Pooh Shiesty and a handful of others, Memphis is in the midst of a legitimate rap renaissance, and MoneyBagg is arguably the most important piece of the entire puzzle. His growing reach as a musician is what will allow him to continue to give back to the city, as he tweeted he would, and the community center he plans to build on his new land is just the beginning.

Like Young Thug plans to do with his 100-acre Slime City project in Atlanta, MoneyBagg Yo wants to provide the resources and the support to his home community. How fast he plans on getting underway with the establishment and construction of a new community center is unclear, but it is clear that he had a desire to build up the neighborhood he grew up and it will be interesting to see how it all unfolds.