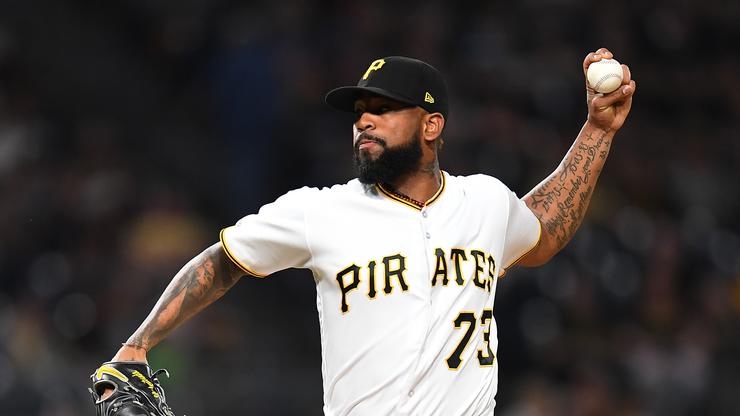 The former Pirates pitcher reportedly admitted to having an inappropriate relationship with the teen.

A case that was first revealed back in 2019 is nearing a close. We previously reported on former Pittsburgh Pirates pitcher Felipe Vázquez facing accusations of soliciting and sexually assaulting a 13-year-old in 2017, and it is now being reported that the 30-year-old will serve prison time for his crimes.

The Florida Department of Law Enforcement released a statement about the case, stating that Vázquez was initially arrested for “one count of computer pornography – solicitation of a child and one count of providing obscene material to minors.”

The department also said that Vázquez and the teen had a “reported sexual relationship” and continued to engage one another via texts. Much of their communication was reportedly of Vázquez attempting to arrange meet-ups for sexual encounters. Their interactions were only discovered after the girl’s mother found photos of Vázquez on her daughter’s devices.

In May, Vázquez was convicted of 15 counts and was sentenced to serve two to four years in the state penitentiary. CBS News reports that Vázquez still faces “additional punishment” in Missouri and Florida “related to this same case.” He has been in jail for 23 months after reportedly admitting to authorities that he traded nude photos with the young girl and drove an hour to see her in order to have sex with her.

It is unclear if he will be credited for time served.