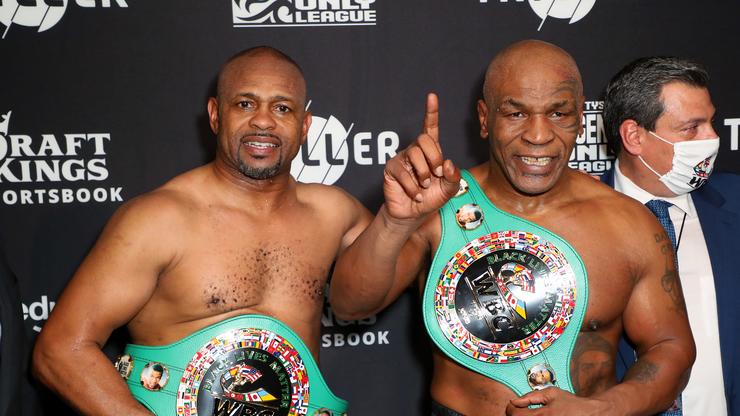 Mike Tyson has always been transparent about his weed smoking.

Mike Tyson came out of retirement on Saturday and got to fight against the likes of Roy Jones Jr. In the end, the two fought to a draw although many noted that Tyson was the clear winner. Either way, a rematch could be on the horizon and fans are already looking forward to it.

After Saturday’s match, Tyson was talking to reporters where he was asked whether or not he was high during the fight. Tyson confirmed that he was, indeed, high and that it’s not really something that affects him negatively as he smokes every single day.

“Absolutely yes… Listen, I can’t stop smoking,” Tyson said per the New York Post. “I smoked during fights. I just have to smoke, I’m sorry. I’m a smoker. … I smoke everyday. I never stopped smoking. It’s just who I am. It has no effect on me from a negative standpoint. It’s just what I do and how I am and how I’m going to die. There’s no explanation. There’s no beginning, there’s no end.”

This revelation shouldn’t come as much of a shock considering Tyson has his very own weed company. Not to mention, the rules for the fight stipulated that neither fighter could use any sort of drug except for marijuana, which was clearly a rule tailored around Tyson’s lifestyle. Either way, you got to hand it to the guy for being so on top of his game despite being under the influence.