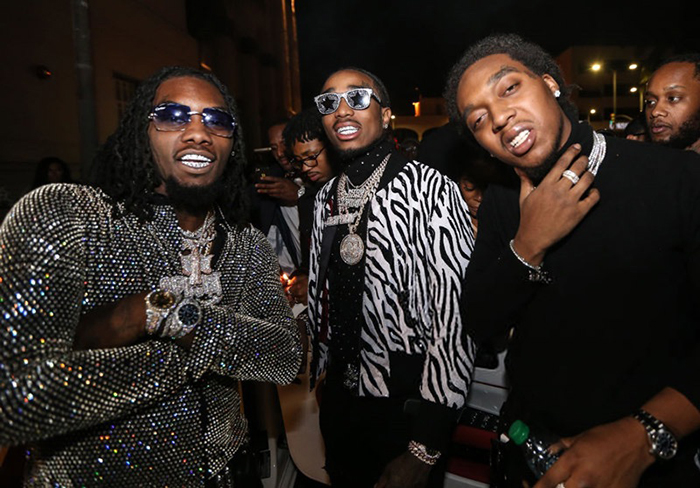 Migos is about to do if for the Culture once again. The Atlanta trio has announced a release date for their highly-anticipated album Culture II.

The sequel is set to drop Jan. 26, almost exactly one year after the original arrived on Jan. 27, 2017. Quavo, Takef, and Offset shared the release date with a post on social media, which shows the roman numeral “II” spelled out in white roses, flanked by two white doves.

The album, which landed on Rap-Up’s Most Anticipated list, has been preceded by the Pharrell-produced single “Stir Fry” and the Nicki Minaj and Cardi B-assisted “MotorSport,” which is currently No. 8 on the Billboard Hot 100.

Offset has described Culture II as a “masterpiece,” while Quavo said it will shift the Culture once again. “We’re creating a whole new sound,” he told Montreality. “Hip-hop has changed in a big way so you could mark this down as we changing.”

The original Culture debuted at No. 1 on the Billboard 200, moving 131,000 equivalent album units (44,000 traditional) in its first week. It has since been certified platinum and earned two Grammy nominations.