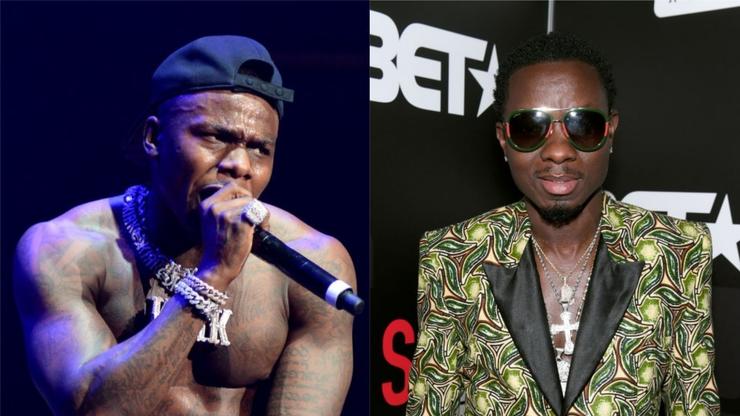 DaBaby met 50 Cent for the first time this week, accepting a mentee role with the hip-hop legend after studying the G-Unit leader for much of his career. Officially ready to put his fresh game to use, DaBaby appears rejuvenated and excited to begin the next stage in his career. Comedian Michael Blackson has some important advice for him to follow though, telling the rapper not to play with 50’s money at any point during their partnership.

“Somebody I been studying for a MINUTE lent me a few hours of his time today,” wrote DaBaby on Instagram, posing with Fif. “N***as so scared to let me in the room they fucked around & let me end up in the room w/ @50cent. BIG MISTAKE!”

“Last time I was at the same place with 50 I ended up owing him money, DaBaby don’t take no money if ya at the strip club,” commented Michael Blackson, ensuring that the rapper never gets on Fiddy’s bad side. We’ve all witnessed the wrath of “Fofty” and it’s not a pretty sight. Baby would be smart to avoid any money-lending situations with Fif.

Aside from this, it hasn’t been the best publicity week for DaBaby. The rapper was on video refusing to pay two teenage boys selling candy, handing them $4, and starting a debate on social media. According to him, he wanted to teach them a lesson about hustling.

Do you think this is wise advice from Michael Blackson?