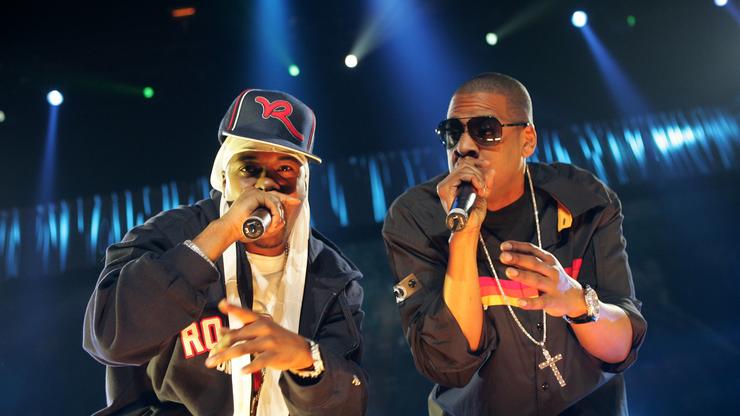 Bleek says “it’s no disrespect” but Nas “don’t have enough songs to compete.”

Another debate has been launched in Hip Hop following Memphis Bleek‘s recent remarks about Nas and Jay-Z. The latter rappers are arguably two of the GOAT emcees to come out of New York, and in those hopeful conversations about Verzuz, fans have pleaded with Hip Hop gods to have Nasir Jones and Shawn Carter make an appearance.

Sure, we recognize that the very thought of Nas and Hov sharing a Verzuz stage is a long shot in the dark, but according to Bleek, it would never go down anyhow because Nas, he said, doesn’t have enough hits. As expected, the comments set off a firestorm of discussions.

During a chat with Bally Sports‘s Brandon “Scoop B” Robinson, Bleek was asked if he would like to see a Verzuz go down between the two Rap icons. “It’s no comparison ’cause Nas don’t have enough songs to compete,” said Bleek.

“And it’s no disrespect to him, he just don’t. He just don’t. Jay can battle somebody with just his B-Sides catalog and it still be better than people’s A-Side.” Bleek was asked who, then, would be an equal match-up for Jay. “Like I said, it would have to be somebody like [Biggie]. That was his only competition that I ever seen, that he ever felt was competition.”

Bleek went on to discuss Reasonable Doubt‘s “Brooklyn’s Finest” where Big and Jay landed on the same track. Of course, Hip Hop fans had quite a bit to say about this one, so check out Memphis Bleek‘s clip, along with a few reactions, below.