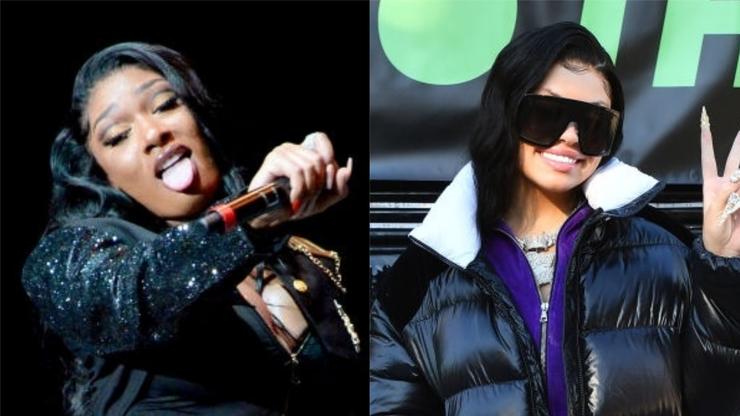 Megan Thee Stallion followed up her breakout year with yet another display of dominance, despite 2020 being filled with ups and downs for the Houston-bred rapper. The 25-year-old was boosted to a whole new level, becoming a superstar through media coverage at nearly every major outlet, and her controversies only helped to solidify her stance in the rap game.

For years, Meg has been known as one of the best twerkers on the internet, showing off those strong knees on many different occasions. She’s got competition though and, these days, she prefers to be a spectator and celebrate other women in rap.

Her latest hit single “Cry Baby” with DaBaby has been picking up major traction online as people dance to the record in videos. Mulatto decided to get her feet yet in the “Cry Baby” challenge, giving it a shot and succeeding, earning a Megan co-sign by the end of it.

The rapper, who prides herself on becoming the first solo woman in rap from Atlanta to go gold, gave the world a show in her Chrome Hearts gear, getting down to the ground and earning cheers from all of her friends that were watching on. Earlier in the day, Latto shared her music video for “Spend It”, which was much more wholesome.

Latto’s twerking was enough to earn some recognition from Thee Hot Girl herself, who replied to the clip with three tongue-out emojis.

Hopefully, we get to see a collaboration from these two extremely talented women in the near future. In case you missed it, we recently spoke with Mulatto as part of our 12 Days of Christmas interview series, which you can read here.