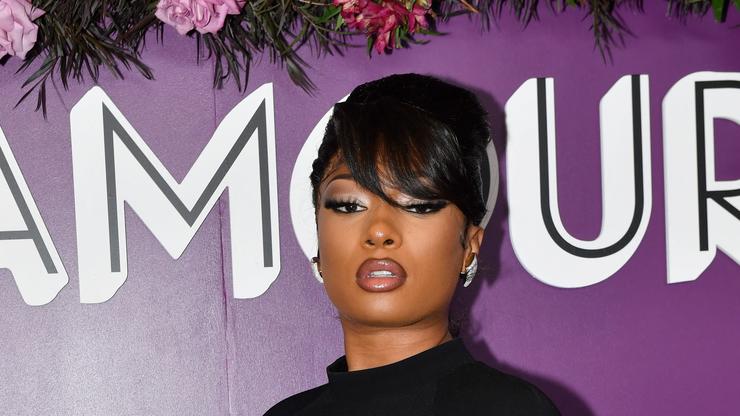 She was named their Woman of the Year and was bestowed the honor by Pepa from Salt-N-Pepa.

The accolades continue to pour in for Megan Thee Stallion. The Houston rapper was recently recognized by Glamour magazine as the publication Woman of the Year, but that honor didn’t just end with a photoshoot and cover feature. Glamour also hosted a special event for Megan where the rapper was bestowed her honor by none other than Pepa from Salt-N-Pepa.

“There were so few women in the game back in the day,” said Pepa during the ceremony. “We helped open doors, yes, we did. But Megan, she came and kicked the door down, pulled up a seat at the table, ordered a big dinner, and poured Hottie Sauce all over the damn thing. She is doing it well, Henny. Pushing it real good.”

“Megan represents what I stand for,” Pepa added. “So many people out there trying to shut us down, but she reminds us to love every inch of who we are, to stay true to ourselves, to know our worth and to go for it.” Megan thanked her late mother, Holly Thomas, as well as Roc Nation CEO Desiree Perez for stepping in where there was a void in her life.

“I win a lot of awards as Megan Thee Stallion, but tonight I choose to accept this award as Megan Pete, a soon-to-be college graduate from Houston, a woman who has built a successful career in a male-dominated industry and musical genre, who has earned her respect from people that couldn’t look beyond my public persona,” she said.

“I’ve naively trusted some wrong people at the wrong times and wound up in situations that were not beneficial to my well-being, I’ve been vulnerable and been taken advantage of. But I’ve learned from each of those situations, and I’ve become a stronger woman as a result of them. I’ve persevered which, at the end of the day, is what really matters.”

Megan also uploaded a few photos from the ceremony where she had boyfriend Pardison Fontaine by her side. They packed on the PDA for the cameras. Check it out below.