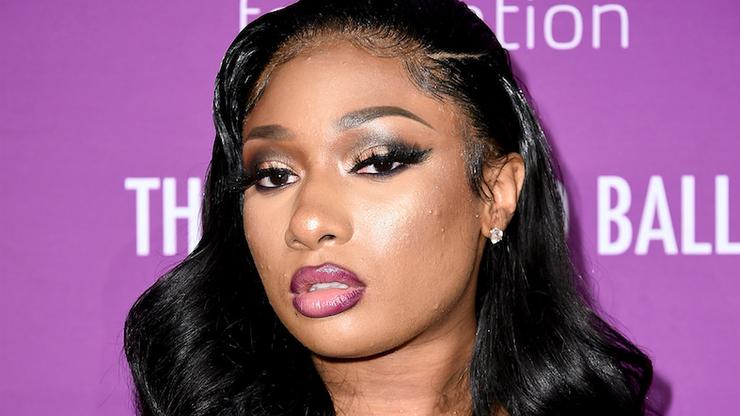 Megan Thee Stallion wowed fans last night with a post showing off all her curves. Following her Savage X Fenty Black Friday campaign, the “Body” rapper, 25,  took to Instagram to share a photo of herself wearing a skintight, beige, strapless, one-legged bodysuit. “I could build a house with all the brick I got,” she captioned the post, adding that a famous drugstore brand is to thank for part of her makeup look. ” I created this lip with my brown and crystal clear @revlon lip gloss.”

It seems that lately, it’s Hot Girl Meg’s world and we’re just living in it. This year alone, despite being in a pandemic, she had three viral hits — “Savage,” “WAP,” and “Body” — she was nominated last week for her first-ever Grammy award, she’s now a spokesperson for Rihanna‘s incredibly successful lingerie line, and she released her highly anticipated debut album, Good News, which was the most-streamed album last week according to Billboard.

“We just keep beating the odds hotties Doing everything they said we couldn’t Thank y’all so much for always supporting me and I promise to keep getting better for y’all Thank you to everyone who was apart of creating this album keep running up GOOD NEWS,” she wrote on Instagram.

While 2020 has been miserable for most of us, it was quite possibly the most monumental year for Meg’s career thus far, and it still isn’t over yet. Who knows, she may still have a few more tricks up her sleeve.