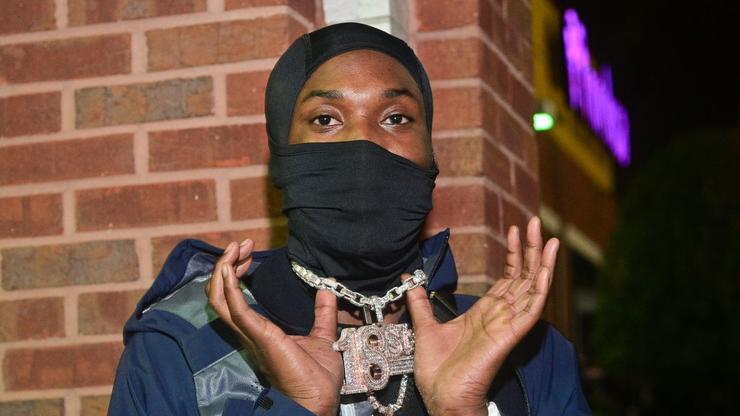 Meek Mill wants to set up a meeting with Wack 100 and Minister Farrakhan.

Meek Mill has had issues with Wack 100 for a long time, and they’re adding a new wrinkle to their feud with Meek’s latest comments about the hip-hop manager.

A well-respected figure in gang culture, Wack 100 caused some friction when he got buddy-buddy with Tekashi 6ix9ine, interviewing the controversial rapper on DJ Akademiks’ new podcast. Considering the fact that Meek Mill also has issues with 6ix9ine, it was inevitable that he would comment on Wack’s decision to interview him, and he officially did on Friday.

“Wack 100 tryna keep that manipulative stupid mindframe in tact to control and influence the younger gangs he need protection from and to use,” tweeted the Philadelphia rapper. “Let’s have a real gangsta meeting in private with farakhan and other strong black men and speak as men and stop embarrassing ourself!”

He quickly followed up on his tweet to correct himself, and also add more.

“Minister Farrakhan* correction ..and I don’t need nobody in the room to protect me I can speak for myself,” he continued. “These guys like secret agents tryna crash the rappers …. we tryna win … I don’t wanna beef .. but we ain’t gone give them chumps one chance to mess our lives up!”

Wack 100 has not responded to Meek’s request for a meeting yet. We will keep you posted on his reply.