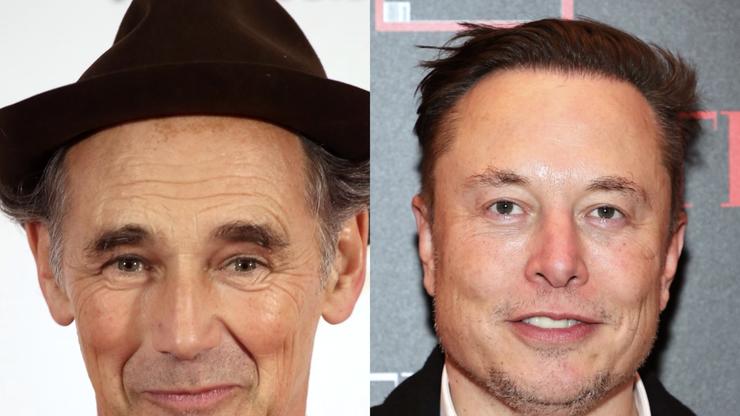 The new movie also stars Mark Rylance, who’s best known for his work on The BFG, Bridge of Spies, and Ready Player One. In his latest release, the 61-year-old actor has taken on the role of Peter Isherwell – a billionaire who (spoiler alert) contributes to a major catastrophe on planet Earth and subsequently attempts to colonize “a new planet in a distant gallery.”

Isherwell accumulated his wealth through his company, called BASH, which has several similarities to the late Steve Jobs’ Apple, as noted by TMZ. While the comparisons are undeniable, the character’s brand seems to be far more advanced, offering up services that can “read your every thought and move, and predict how you’ll die.”

Interestingly enough, the on-screen billionaire also happens to run some sort of space unit, incredibly similar to that of Elon Musk’s Space X. Following their viewing of Don’t Look Up, countless Netflix users hopped onto social media to discuss which controversial real-life member of the world’s elite is most like Rylance’s Isherwell.

“Tfw it’s actually hard to tell the difference between real life and satirical art,” David Sirota tweeted alongside a photo of the Tesla founder’s TIME Magazine Person of the Year cover placed beside a promotional photo of Rylance in character as Isherwell. TMZ notes that the actor admitted to seeing some of the father of seven’s personality in his role, but ultimately says that he wasn’t intending to base his part on anyone in particular.

“Isherwell’s actions are premised on the idea that any of our world’s problems can be solved with technology – a testament to our times and where we’re headed,” the article explains.

Have you seen Don’t Look Up Yet? Who do you think Mark Rylance’s character is most like?