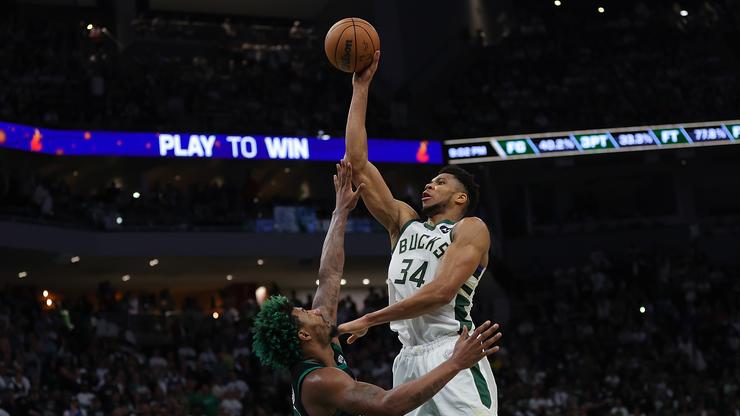 Marcus Smart and Giannis Antetokounmpo got tangled up last night.

Last night, the Boston Celtics defeated the Milwaukee Bucks to even up their second round series. The Bucks were looking pretty good in that game, however, it was the Celtics who were able to come out on top. Throughout the game, there were some interesting moments, especially as it pertains to Marcus Smart and Giannis Antetokounmpo.

As you can see down below, the two players got tangled up on the ground. Smart tries to help Giannis up, but the Bucks superstar refuses and even kicks his leg out which seemed to offend Smart.

After the game, Smart spoke to reporters about the incident, where he revealed that he felt like Giannis had kicked him in the face. Smart wanted to do the right thing and help Giannis off of the floor, but once he began refusing help, he decided that Giannis was simply too far gone and not worth all of the effort.

In the end, it was Smart who did, indeed, get the last laugh as his team was able to get a win in Milwaukee. Now, the series becomes a best-of-three and the Celtics have the home court. Needless to say, this win is very encouraging for the Celtics.

You can check out highlights from the game, down below.