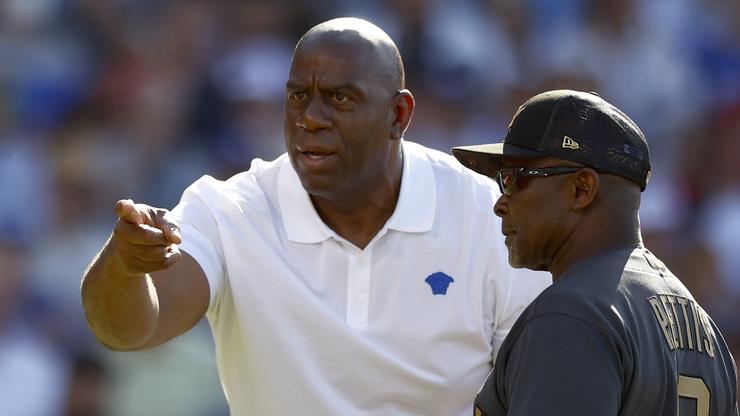 Over the weekend, one of the NBA’s most important figures passed away. Of course, that man in question is none other than Bill Russell, who died suddenly at the age of 88. Russell was a pioneer in the NBA as he was able to win 11 NBA championships, with eight of those coming consecutively.

Throughout his career, Russell was an activist who wanted equal rights for all. Unfortunately, this led to racist attacks against him and his family that ultimately put his life at risk. Despite this, Russell persevered and continued to fight for what he believed in, all while cementing himself as one of the greatest players in the history of the NBA.

Right now, many throughout the NBA world are trying to figure out the best ways to honor Russell. He was a larger-than-life personality, and an honor worthy of that personality is needed.

According to Magic Johnson, the answer is simple. The NBA should retire the number 6 around the entire league. This would mean players like LeBron James would have to change their numbers, although we’re sure James would be happy to accommodate such a decision. After all, Russell is a player worthy of such a reverent honor.

Let us know how you think the NBA should honor Russell, in the comments down below.