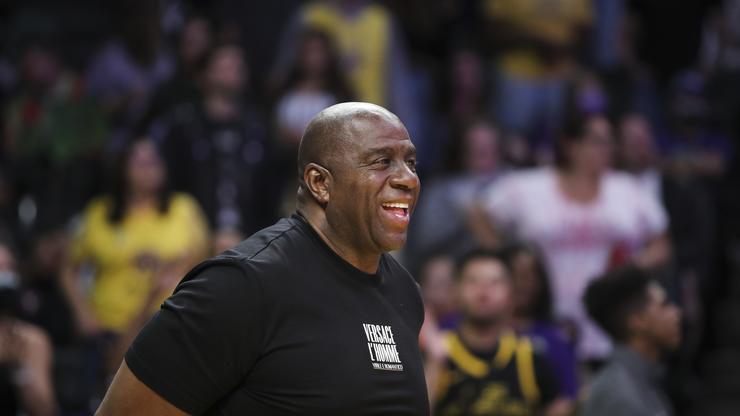 Steph Curry has been phenomenal throughout the NBA playoffs and it seems like he is well on his way to a fourth NBA title. Of course, he still has one more round to go, however, the Warriors seem to be in a good spot as they will either play against the Boston Celtics or the Miami Heat. Both of these teams don’t have the same experience as the Warriors, and in the eyes of fans, the Warriors are the favorites.

Last night, Curry and his teammates knocked off the Dallas Mavericks in a hard-fought game. After the proceedings, Curry was awarded the inaugural Magic Johnson Western Conference Finals MVP Award. Curry was honored to get it and as it turns out, the man who the award is named after was happy with recipient as well.

“It’s really cool that the greatest shooter basketball has ever seen, a friend, future hall of famer, and great person, @StephenCurry30 won the first ever Magic Johnson Western Conference Finals MVP award!! Congratulations!” Johnson said. Both of these two men are point guards although they both played the game very differently. Either way, this could be foreshadowing towards the NBA Finals where Curry is looking for his first-career Finals MVP.

This year’s finals should be very interesting and we cannot wait to see all of the action. Let us know who you got in the Finals, in the comments section down below.