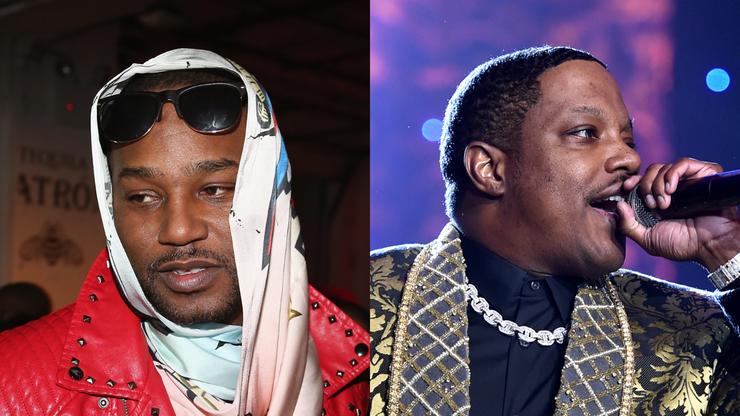 Ma$e has a lot of beef to go around. The rapper has an ongoing feud with Diddy stemming from publishing rights. He’s currently under fire from people like 50 Cent for trapping Fivio Foreign in an unfair publishing deal. And for a long time, he was angry at Kanye West, saying that he was owed a “public apology.”

It now looks like one of his many beefs has finally come to a close. In a video posted to Instagram by Stason Betha, the rapper can be seen on the phone with Cam’ron, engaged in a friendly conversation.

“Killa what’s good,” Ma$e says into his phone in the video. He proceeds to laugh heartily. The thawing of the beef began a few days ago when Ma$e admitted that he regretted his feud with Cam.

“When I got the money it just changed everything, but at first my problem with I think Cam was just that they thought I had money I didn’t have,” said Ma$e on the Million Dollaz Worth of Game podcast. “Like I just told you I was flexing crazy, so n****s was like, ‘Yo, Murda ain’t sharing the bag.’ I never got the bag. Now that we looking back you can see he never got that bag, and then by the time I got the bag we was enemies already. So I didn’t get to break ’em off.”

He continued: “That’s one of the relationships I regret. I think I got two that I regret, and going at Killa, I wanted to do that but that was like my n***a, you know what I’m saying? So that really hurt me.”

It looks like he’s finally resolved his issues with Cam. Time will tell if he’ll try to rebuild his other burned bridges.