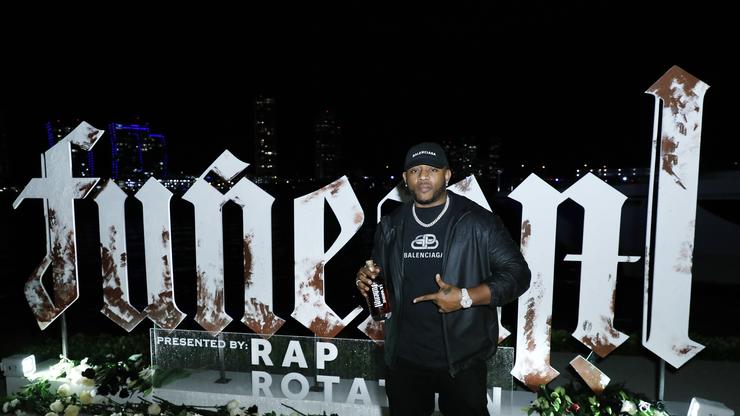 Mack Maine is no stranger to beef. The rapper/executive has been sued by Lil Wayne’s lawyer and been the focus of Nicki Manaj’s ire. Now, Maine is calling out Gillie Da Kid over comments he recently made on the show It’s Tricky with Raquel Harper.

In the interview, which Maine posted on his own Instagram, Harper asks Gillie if he and “Young Money ever fixed [their] situation.” Gillie responds, “We never really had no situation, you know. I mean, he dissed me, I came back, I dissed him… I guess my diss was just taken way too serious.”

Gillie continued in the Tricky interview after Harper asked him if he’s talked to Maine or Wayne. “Yeah, I just seen Wayne at Jackson State University,” he said. He then proceeded to do an imitation of the interaction that seemed to characterize Wayne as scared of him.

In his IG post, Mack Maine, who is president of Young Money, came with receipts. He posted a video of the interaction in question, and the terror is nowhere to be seen on Lil Wayne‘s face.

Mack elaborated in his caption: “Boy boy boy this Hollywood sh*t crazy!! Please watch both videos.” He went on to critique Harper’s interview style, writing, “And say say @rocktopics ya know I luv ya but please keep us out them type convos you’ll probably never get the truth. I know the name of ya show is ‘It’s Tricky’ but don’t let em trick ya!”

Young Money is the record label founded by Lil Wayne. Gillie Da Kid has had issues with both Wayne and Maine in the past, as Gillie claimed that he ghostwrote some of Lil Wayne’s verses on Tha Carter.