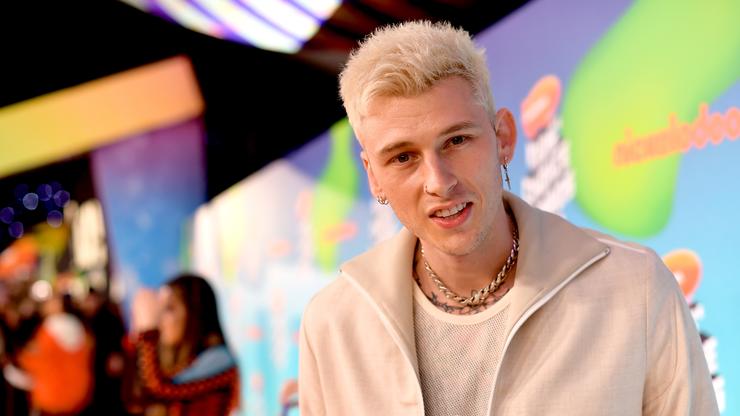 Machine Gun Kelly shared a naked photo on Instagram, Saturday, taken from the set of his new film, Good Mourning. The movie was released on May 20 and features appearances from Megan Fox, Pete Davidson, Whitney Cummings, and more.

“i did 5 whole sit ups (and 200 blunts) to prep for my role in Good Mourning,” Kelly captioned the mirror selfie.

Lil Skies responded to the post by asking to be in Kelly’s next film: “I gotta be in the next one so sick good shit brother!”

“This is your greatest post yet,” added Mod Sun.

The stoner comedy follows Kelly as a musician named London who receives a cryptic text from his girlfriend. Kelly says the plot was inspired by a real-life experience he had with Megan Fox, where he thought his fiancée was dumping him over text. The situation ended up being a misunderstanding.

“I wrote the movie for her because she was unknowingly the cause of the spiral,” Kelly told Extra ahead of the movie’s release. “[My character] spirals over a text that he doesn’t really understand and he can’t get a hold of her, and that was what was happening to me.”