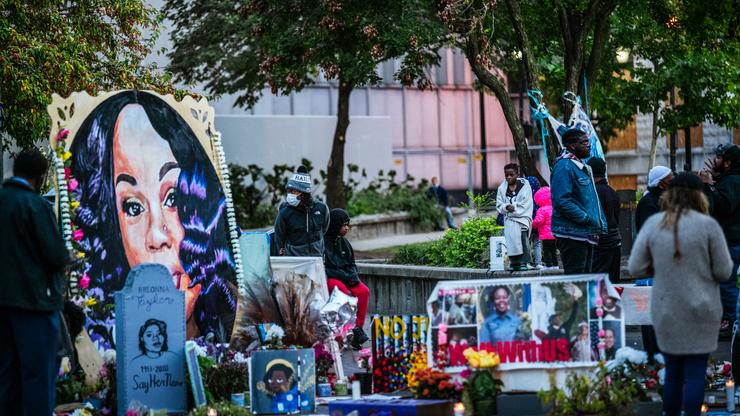 Breonna Taylor’s murder has become a spectacle with very little to no justice being served. After the embarrassing verdict, where only one of the three officers, former officer Brett Hankison, was charged with first-degree wanton endangerment (might I add, of the neighbors), while the other two walked away practically scot-free.

The officers Brett Hankison, Jonathan Mattingly, and Myles Cosgrove barged into the 26-year-old emergency medical technician’s home, with a no-knock warrant and opened fire, killing Breonna Taylor, and yet the options of murder and manslaughter were never even mentioned to the grand jury. Two grand jurors called the Louisville police department’s actions negligent and criminal and now it seems the department is looking to fire two detectives involved in Taylor’s case.

According to CNN, on Tuesday, Detective Joshua Jaynes received a pre-termination letter. Interim Chief of Police Yvette Gentry claims Jaynes violated standard operating procedure in his preparation for search warrant execution. “Your actions have brought discredit upon yourself and the Department. Your conduct severely damaged the image our Department has established within our community. I cannot tolerate this type of conduct or untruthfulness by any member of the Louisville Metro Police Department.” Gentry declares.

Detective Myles Cosgrove also received a pre-termination letter according to his attorney. The Louisville police say they are unable to discuss cases until the internal investigation is closed. Hopefully, this time around officers are charged and some justice is served.