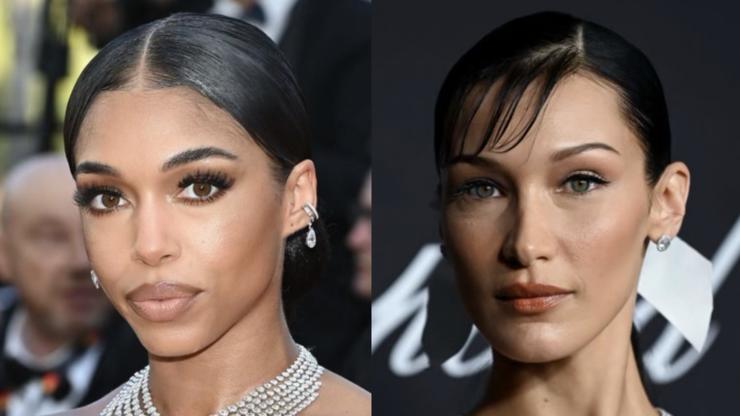 Harvey looks to be living her best life as a single woman.

If you were out and about in West Hollywood earlier this week, you may have laid eyes on Bella Hadid and Lori Harvey, who hit up The Fleur Room in celebration of the launch of the former’s mocktail drink, “Kin.”

Cameras caught Harvey pulling up to the event, looking as gorgeous as ever in a vintage Roberto Cavalli co-ord set, consisting of a blue and white bustier top and tapered trousers in the same colours. The 25-year-old accessorized with strappy white sandals, a simple bangle on her right arm, and a small white bag in her hand.

If you haven’t already heard about Hadid’s latest business venture, she co-founded Kin Euphorics (a rosé-inspired adaptogenic drink) with her business partner Jen Batchelor, coming on board in 2019 after the company’s 2018 launch.

In the past, the Washington, D.C. native has been open about how drinking alcohol caused her to feel like she was “losing control,” which eventually caused her to lean into sobriety.

“I don’t feel the need [to drink anymore] because I know how it will affect me at 3 in the morning when I wake up with horrible anxiety thinking about that one thing I said five years ago when I graduated high school,” she shared back in January.

“There’s just this never-ending effect of, essentially, you know, pain and stress over those few drinks that didn’t really do much, you know?”

As for Harvey, she seems to be on the up-and-up in the wake of her separation from Michael B. Jordan, who followed in her footsteps by erasing all evidence of their relationship from his Instagram feed just a few days ago – read more about that here, and tap back in with HNHH later for more pop culture news updates.