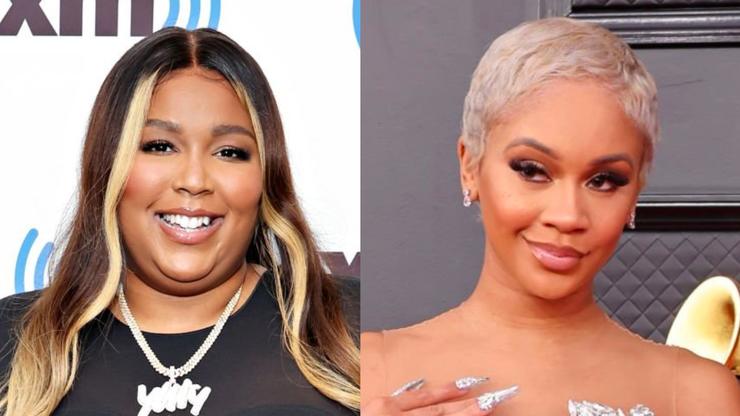 We’re not sure how this would work out because Saweetie’s concoctions—like oysters with BBQ sauce—have often given fans pause.

As Verzuz expands into other markets, Lizzo has proposed another idea for the competitive platform. We have all enjoyed the musical match-ups that Verzuz has had to offer over the last couple of years as they emerged to dominate during the quarantine and pandemic. These days, it seems as if whenever an artist sits down for an interview, they are asked about their Verzuz takes, but Lizzo was the one to bring up a potential pairing of her own.

Lizzo caught up with Power 106 recently and the conversation ventured into fellow hitmaker Saweetie’s often controversial food moments on social media. Fans have watched as Saweetie shares her favorite unlikely food choices and Lizzo has ushered in a challenge.

“My food combinations are disgusting,” Lizzo joked. “We not the same!” The singer went on to name her eating watermelon with mustard for the challenge that took over TikTok while mentioning that Saweetie’s choices may not sound good at first, but they make sense.

The host chimed in to add that it seemed as if Lizzo was saying she would “smoke Saweetie in a food Verzuz.” Fans aren’t sure that Lizzo would reign victorious, especially considering that Saweetie has shared her favorites including oysters with honey BBQ sauce (or hot sauce), ramen noodles with Flamin’ Hot Cheetos, or ranch mixed with her spaghetti.

Watch Lizzo offer up a playful Verzuz challenge for Saweetie below.