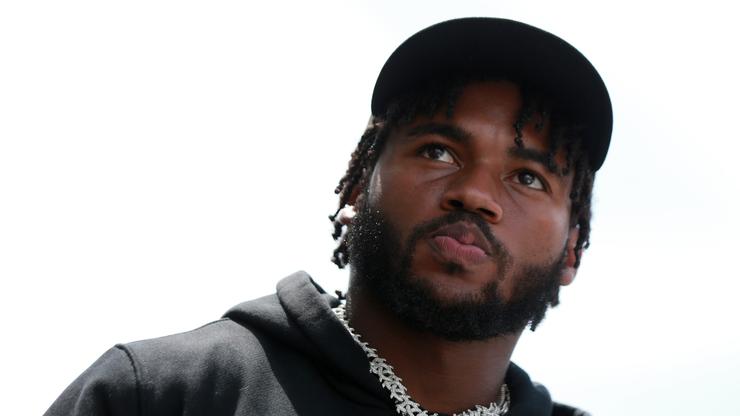 Dan Campbell came out and said that Swift is not under investigation for murder.

Just yesterday, rumors started to surface online that Detroit Lions star D’Andre Swift was reportedly involved in a homicide in Philadelphia and that he was under investigation by police. This seemed like quite the shocking allegations, and fans were concerned about the validity of these reports.

Yesterday, Swift’s head coach Dan Campbell was given a chance to address the rumors as the media asked him about the star player. That’s when Campbell shut down the reports noting that they are dumb internet rumors and that to his knowledge, the football player is not in any sort of legal trouble right now.

“I think that’s just Internet rumors that I don’t feel like I need to comment on right now if I’m being honest with you,” Campbell said. These were fairly strong words from Campbell and if there is anyone who knows what’s happening to the Lions’ players, it would have to be the head coach. For now, authorities involved with any sort of Philadelphia murder investigation have refused to comment on what’s going on.

Mike Garafolo of the NFL Network expanded on these reports noting that there is no indication that Swift is being investigated in any sort of capacity. With this in mind, you have to wonder how Swift got wrapped up in these rumors in the first place.

Stay tuned to HNHH, as we will be sure to bring you updates on this developing story.