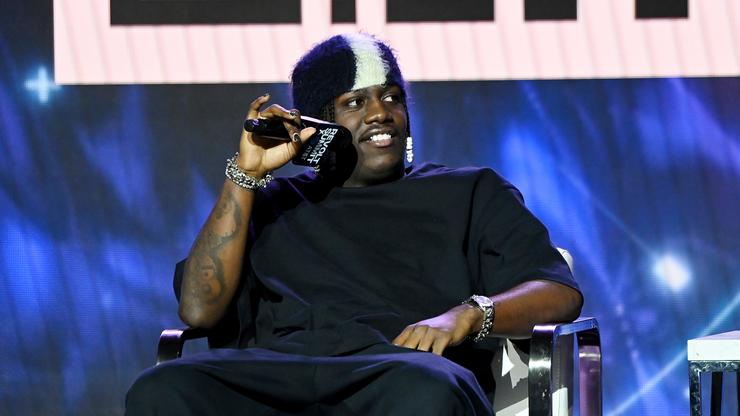 The rapper used to work for the fast-food chain and wanted to give thanks to the crew members.

Lil Yachty stopped by a McDonald’s in his hometown of Atlanta, Georgia to reminisce and spread some kindness. This comes after the corporation introduced a new initiative last week called “Thank You Crew.” The goal of the program is to encourage customers to appreciate the staff for all that they do.

Yachty was the perfect pick for the campaign, being that he used to work for the franchise. In a video uploaded to YouTube, the 24-year-old rapper went to the drive-thru and placed his order.

Following this, he entered the store to greet the workers– then started cooking. Putting on gloves in the kitchen, the rapper, who also goes by Lil Boat, grinned as he said, “I promise y’all I used to do this. I got this.” After wrapping the McChicken precisely, he laughed saying, “I’m a little rusty, but I got them things on there.”

The “One Night” artist then started engaging with the crew by taking pictures and signing autographs. He also made a TikTok, in which he expressed how much gratitude he had towards the team. “I just want to send a big appreciation for all the crew workers here,” he started, “I once worked at McDonald’s, so I know what it’s like… I appreciate you hard and heavy.”

Yachty wasn’t the only one featured in the video. Two of the location’s employees talked about how they felt moved by the company’s efforts. One said, “It actually motivates me more to actually move up from where I am… knowing that you can start from the bottom and actually end up on the top.”

Watch the entire video below.