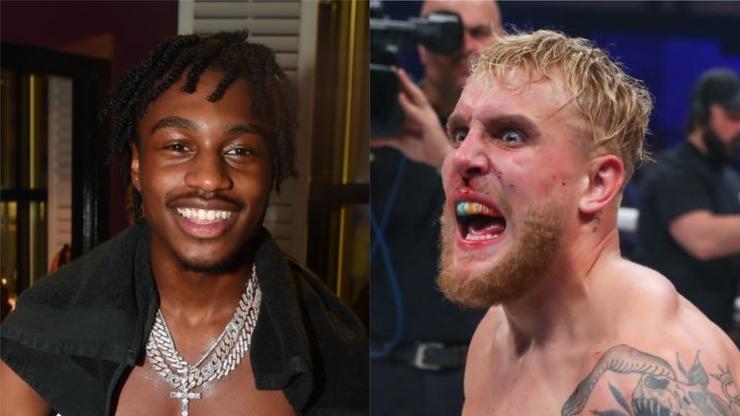 Lil Tjay speaks out after receiving a barrage of criticism for being friends with Jake Paul.

Jake Paul and Logan Paul don’t have the greatest reputations in the world. Logan Paul was the initial torchbearer of the family, but he screwed up big-time on a number of different occasions, including when he ventured to Japan’s so-called “suicide forest” and took a video of a dead body hanging. Jake Paul hasn’t done anything that messed up, but he has released a couple of sus songs and has made a mockery of COVID-19 prevention guidelines. He was also charged after being captured on video during the looting of a mall this year.

Still, they don’t seem like the right people to mess with, especially after Jake knocked Nate Robinson out in the second round of their boxing match this weekend.

Nate Robinson has become a meme at the hands of Jake Paul, and the YouTuber’s friends couldn’t be prouder of him. That includes Lil Tjay, who congratulated Paul after his victory and hung out with the social media star.

Considering the fact that much of the world hates the Paul brothers, Lil Tjay was cyber-attacked by fans who were not impressed by his allegiance to them. The backlash from his friendship with the Pauls become so loud that Lil Tjay actually addressed it.

“Ya worried bout me Nd who I’m cool with lol get off my ….. ya don’t even know the man,” wrote the Bronx rapper on Twitter.

In the past, Lil Tjay has also been exposed for some overall douchebaggery, flying out Rubi Rose and then refusing to pay for her flight back home, which resulted in the rapper being called out for a week on social media. It shouldn’t come as too much of a surprise that he’s friends with Jake Paul.