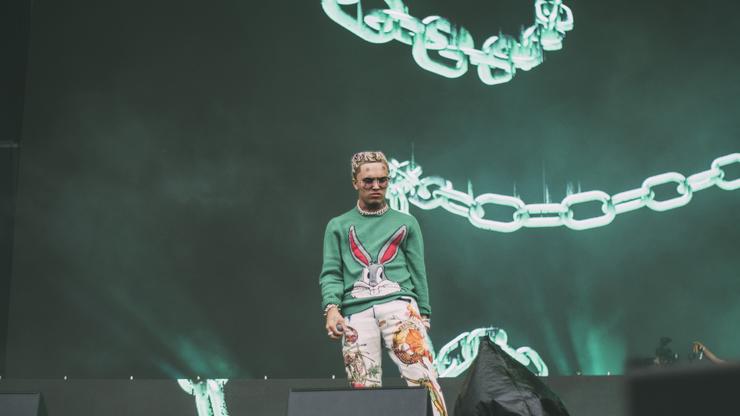 We haven’t heard from Florida rapper Lil Pump in a few months, and it looks like he’s taken the time to discover a new sound for himself as an artist. The “I Love It” rapper seemingly took some space away from the spotlight before dropping his first new single of the year, “Racks To The Ceiling” with Tory Lanez and Ronny J, several weeks ago. He’s got a new full-length studio album coming later this month in collaboration with Ronny J, which will be released via Pump’s new partnership with ONErpm, and it looks like we can be expecting a whole new sound from the 21-year-old rapper.

The Harverd Dropout artist is known for his hard-hitting rap bangers that rock festival stages across the country, including “Gucci Gang” and “Boss.” However, on his upcoming release, it looks like he’s slowing things down remarkably, going for a completely new sound. He previewed some new music on Instagram, sharing a snippet of his upcoming track “In Da Way.”

The smooth new record puts Pump’s distrust in relationships at the forefront as he sings about women getting in the way of his career success. Unlike his previous releases, “In Da Way” isn’t a speaker knocker at all. In fact, it’s probably the closest thing we’ll ever get to an acoustic record from Pump.

Fans are commenting on the new music preview, and while some are saying that this song hits hardest “on mute,” others are telling Pump that this new direction suits him well. Listen to the preview below and judge for yourself. Are you feeling this sound from Lil Pump?