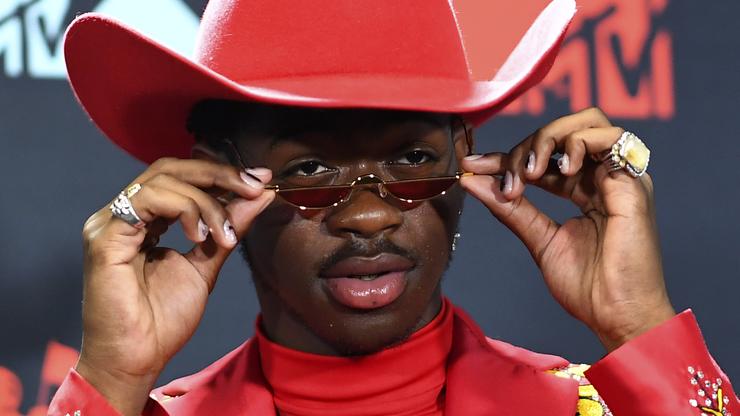 Lil Nas X revealed who his childhood celebrity crush was on yesterday’s episode of “The Ellen Degeneres Show” and it’s very relatable.

“Old Town Road” rapper, Lil Nas X, just named his first celebrity crush in a recent interview on The Ellen Degeneres Show, and to be honest, it’s highly relatable. The 21-year-old’s confession came on Ellen’s segment known as, “Burning Questions,” where he dressed up as a futuristic Santa Clause to promote his recently released Christmas-themed single, “Holiday.”

“You’re giving a whole new idea for Santa,” Ellen chimed in on Lil Nas‘ getup, before he explained the story behind his latest release. “I had been working the song since February of this year,” he explained. “It already had the theme of okay, it’s a holiday. I was like, how do I wrap this up into an amazing music video?”

Anyway, he went on to name Doja Cat as his “dream collaboration,” BTS as his favorite boyband, “Miami” by Nicki Minaj as his favorite song, and “anything Fenty Skin,” as his go-to skincare products.

The big takeaway, however, was definitely who he — and many others — were crushing on as a kid. He responded to the query shyly — trying to muffle his answer with a cough. “Usher,” he said — a respectable first crush if I do say so myself. There’s no denying that Usher was one of the biggest heartthrobs of the 90s and early 2000s.