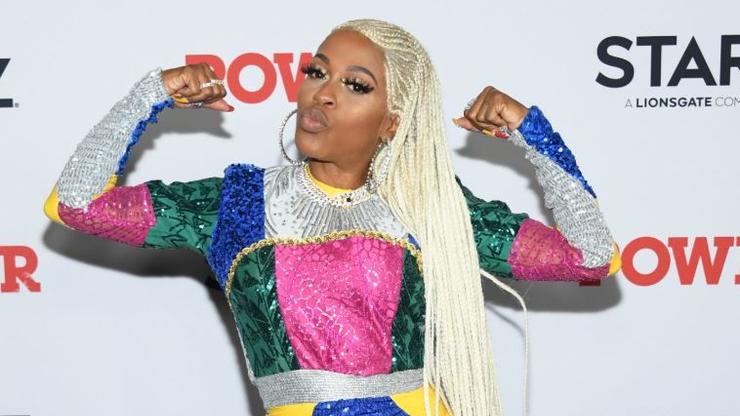 She said he was physically, emotionally, and financially abusive.

Artists ten lean on reality television in order to reintroduce themselves to the world. Lil Mo’s 2001 hit “Superwoman Pt. II” is a classic jam and she’s known for her pen game after writing chart-toppers including Ja Rule‘s “I Cry” and “Put It On Me.” She’s had a decades-long career in the industry where she’s widely respected by her fellow artists, but Lil Mo is ten forgotten by a worldwide audience because she doesn’t have as many hits under her belt.

In recent years, fans have watched as Mo has surfaced on shows like R&B Divas: Los Angeles, Love & Hip Hop New York and then later on Marriage Boot Camp. She’s appeared alongside her husband Karl Dargan whom she married in 2014 and the two share a son, Karl Dargan Jr., that they welcomed into the world the following year. It didn’t take long for their relationship to take a downturn and they even aired out their dirty laundry on Couples Court with the Cutlers.

Recently, Mo shared on Instagram that she never thought she’d see the day when she wasn’t struggling with opioid addiction, and she spoke more about that time in her life in an interview with longtime friend DJ Quicksilva. During their chat, Mo also discussed her estranged marriage to Karl, citing the final arguments that caused her to walk away.

She shared that the day they got home from Marriage Boot Camp, Mo and Karl planned a family day but he didn’t make it. Mo said she confronted Karl because she thought he was either drunk or high, and she claims he flew into a rage. She recorded the incident and played it in court when she received a restraining order against him.

He allegedly tried to take f with her car, but she ran out the house to follow him. Mo said the incident escalated to Karl “punching holes in walls” and breaking cell phones. “Throwing hot tea and hot cfee on me,” she said. Mo also accused him cheating, stealing a woman’s credit card, punching her in her face so hard that she thought she’d dislocated her jaw, and threatening to kill Mo while they were in the middle an argument. Watch her interview with Quicksilva below.