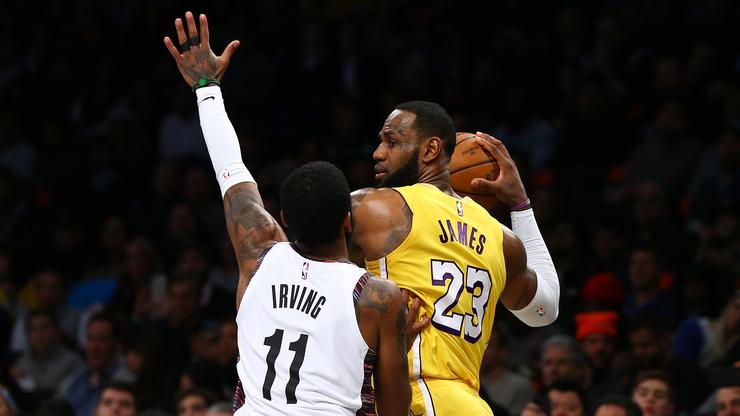 The Lakers are reportedly on Kyrie’s wishlist.

Kyrie Irving and the Brooklyn Nets appear to be in quite the pickle. The Nets want to sign Kyrie to a short-term deal, while Kyrie is looking for a long-term extension that would guarantee his future in Brooklyn. Of course, this has a lot of fans worried given Kyrie’s history of walking out on teams that he supposedly had a good rapport with. The fear is that Kyrie will walk, and the rumors continue to get more and more interesting.

For instance, today, it was revealed that Kyrie has a wishlist for any potential trades should he walk away from Brooklyn. The Lakers are at the top of that list, which means a reunion with LeBron James could be imminent. To give credence to these reports, it was recently revealed by NBA insider Marc Stein that sources are saying LeBron and Kyrie are actually in contact with one another right now.

“There are credible rumblings in circulation that Irving, for starters, has indeed had some recent contact with Los Angeles Lakers star LeBron James, his former Cleveland teammate, to presumably discuss a potential reunion in Hollywood. I’m told it would be a stretch, though, to suggest that the Lakers are currently pursuing Irving.”

With LeBron and Kyrie in cahoots, who knows what will happen next? The NBA offseason officially begins on Thursday, June 30th, and we should be in for plenty of action.